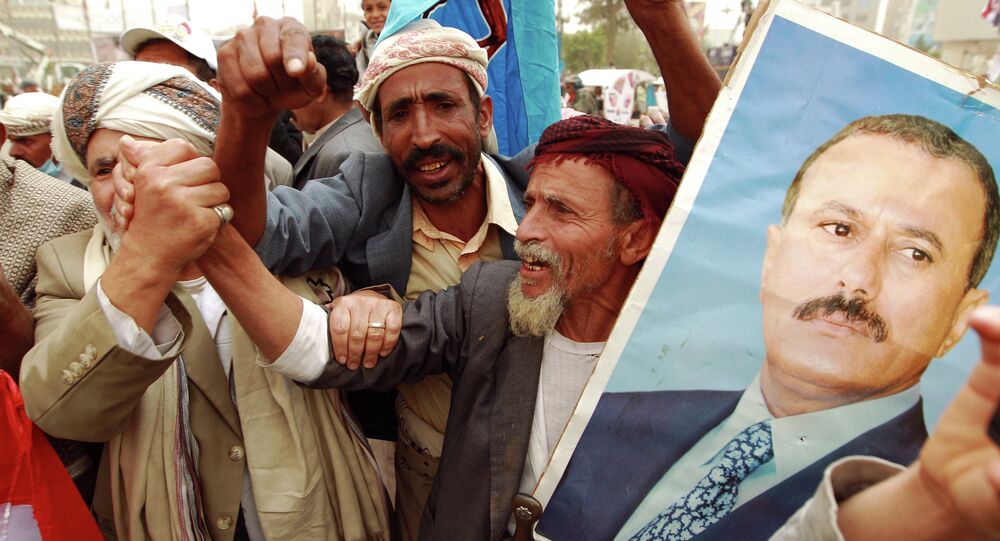 Former Yemeni President Ali Abdullah Saleh did not leave Yemen, according to one of Saleh's aides.

Earlier in the day, Yemen's Foreign Minister Riyadh Yassin told Asharq Al-Awsat newspaper that Saleh had fled the country aboard a Russian plane, which arrived in the Yemeni capital Sanaa to evacuate diplomats.

“This is not true, I have just seen him, we had lunch together, he is in Sanaa,” one of Saleh’s aides told RIA Novosti.

© AP Photo / Hani Mohammed
Houthi Leader Rules Out Negotiations With Displaced President Hadi
Saleh's supporters are fighting alongside the Houthi militia, who are currently in control of large parts of Yemen, including Sanaa.

On March 25, a Saudi Arabia-led coalition started conducting airstrikes against Houthi militants at the request of current President Abd Rabbuh Mansur Hadi, who fled the country.