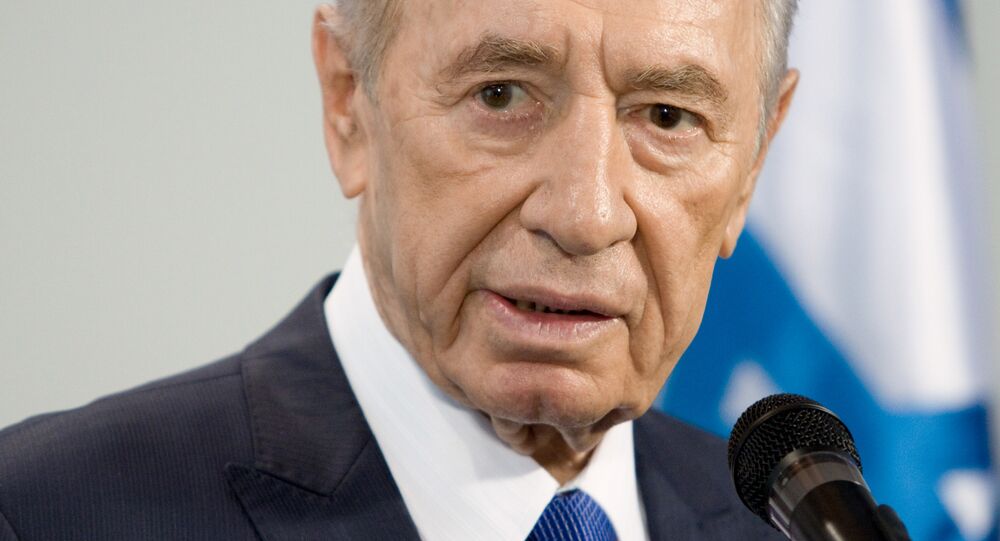 In the first ever public statement on the subject by a senior Israeli politician, the former President denies that a loan given to Israel in 1961 by West Germany was spent on the development of nuclear weapons.

© Sputnik / Victor Filatov
Oil, Saudi Arabia and Israel Lose Most From Iran Nuclear Deal
Former Israeli President Shimon Peres has broken years of silence surrounding Israel's possession of nuclear weapons, telling Der Spiegel that a loan issued to Israel by the Federal Republic of Germany [FRG] in 1961 was spent on the development of the Negev desert, and not on the development of an atomic weapon, as has been speculated.

Speaking about a meeting in 1961 between FRG Defense Minister Franz-Josef Strauss and David Ben-Gurion, Peres told the paper that Strauss' account of that meeting, in which Ben-Gurion brought up the topic of atomic weapons, was mistaken.

"Perhaps that's what Strauss heard, but I didn't hear that Ben-Gurion said that," said Peres, who was present at the discussions in Paris between the leaders and who is known to have been a pivotal figure in the development of Israel's nuclear capabilities.

Peres played a key role in the Israel Atomic Energy Commission, established by Ben-Gurion in 1952, and was once asked by President John F Kennedy if Israel was "making an atom bomb." Peres' reply, that "Israel will not be first to introduce nuclear weapons to the Middle East" later became Israel's official line on the matter.

© REUTERS / Ammar Awad
Netanyahu Urges Iran to Recognize Israel's Right to Exist
In 2013 the Times of Israel reported that former Knesset speaker Avrum Burg had been accused of treason by a right-wing political group, after telling a press conference that "Israel has nuclear and chemical weapons" and called for an "open and brave public discussion" on the subject.

The credit was originally earmarked for the construction of a nuclear-powered desalination plant in the Negev Desert, which was ultimately never built, leading to suspicion over the eventual use of the funds. In Saturday's interview, Peres said that the funds for Israel's nuclear project were raised in part by private donations. The main source of the funding, writes Der Spiegel, as well as that of the nuclear material, Peres declined to reveal.