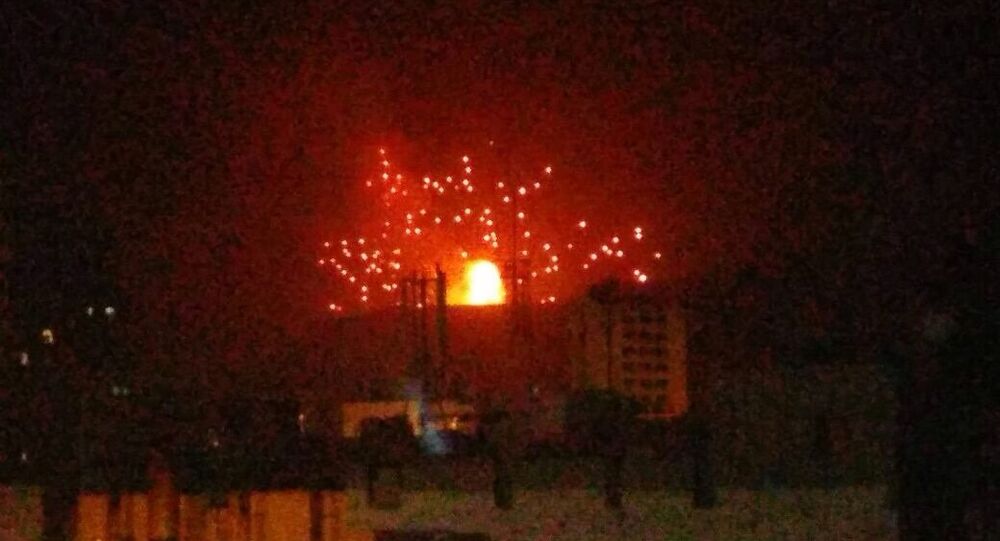 David Des Roches warned that without an inclusive political settlement in addition to the military operation, Saudi Arabia and its partners could face an actual war with Yemen, as airstrikes catalyze opposition.

"If the airstrikes continue outside the context of an overall political settlement, Yemeni opposition to the coalition will harden, not just among the Houthis but among average Yemenis," Des Roches said at an event sponsored by the National Council on US-Arab Relations.

Des Roches warned that without an inclusive political settlement in addition to the military operation Saudi Arabia and its partners "may find that what they thought was a proxy war with Iran will transform into an actual war with Yemen."

© Sputnik / Faisal Al Shabibi
Coalition Airstrikes in Yemen May Force Houthis to Attack Saudi Arabia
The former Pentagon official explained that there must be a political solution in Yemen, not just military action, particularly with an over-reliance on airstrikes.

"As the air campaign grinds on…its effectiveness will decrease not arithmetically but exponentially," Des Roches noted.

Missile depots, aircraft hangars, runways and other military targets have already been destroyed by the Saudi-led alliance. But other targets may be dispersed among civilians or in areas such as mountain valleys where such targets can be defended by anti-aircraft artillery traps, he warned.

The United Nations has reported approximately 100 civilian casualties and more than 350 civilians injured in the course of the Saudi-led military efforts.

© REUTERS / Nabeel Quaiti
Dozens of Foreign Troops Disembark at Yemeni Aden Port - Reports
Des Roches further remarked that ground troop operations, either from the mountainous north or an assault on the Yemeni capital city of Sanaa from the Red Sea, would be "ill-advised."

According to reports given to Sputnik, the coalition is mounting an assault on the Gulf of Aden, where Houthis currently maintain control. Saudi and Egyptian ships have been deployed, along with air assets, but there have been no confirmed official reports of a ground operation.