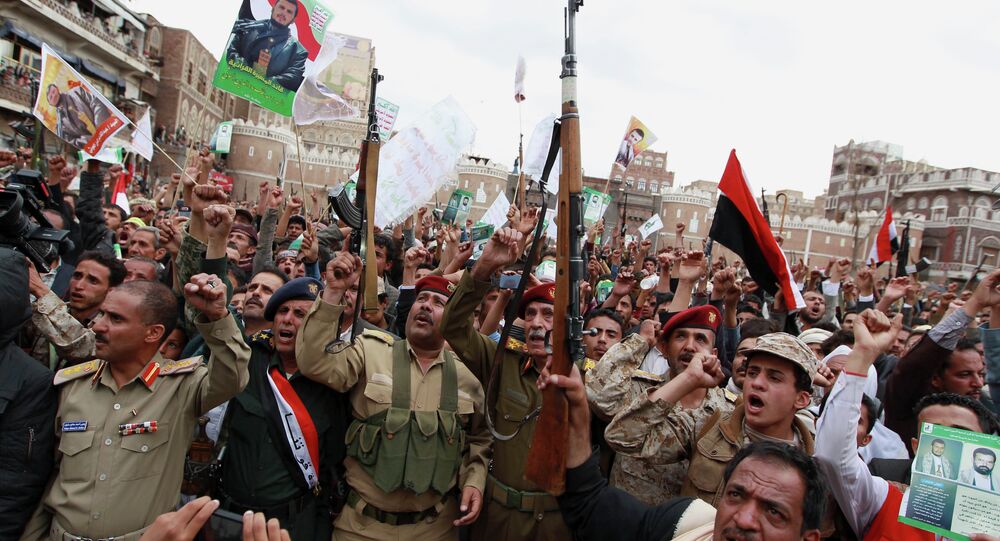 © REUTERS / Naiyf Rahma
Ousted Yemeni President Not to Negotiate With Houthis Until They Surrender
CAIRO (Sputnik) – The Houthi rebel movement in Yemen has rejected any possibility of talks with the displaced Yemeni president who fled the country, the top Houthi leader, Saleh Ali Sammad, said on Thursday.

On Tuesday, Russian Foreign Minister Sergei Lavrov said that the warring parties in Yemen should begin negotiations on neutral territory.

"[Yemeni President Abd Rabbuh Mansur] Hadi is outside any negotiating process, he is accused of conspiring against his own people. After he requested international intervention into the country, it became utterly impossible to sit at the same negotiating table with him," Sammad said.

© REUTERS / Khaled Abdullah
Saudi Ambassador to US Sees No Role for Former President Saleh in Yemen
Houthi rebels are currently conducting intense fighting in the south of the country, while a Saudi-led coalition is bombing rebel positions from the air, at Hadi's request. The displaced president and his government are reportedly in Saudi Arabia.

On Tuesday, the director of the Yemen president's office, Ahmed Awad bin Mubarak, told RIA Novosti that Hadi would not engage in negotiations with the Houthis until the rebels surrender.

In late January, Houthi rebels captured the presidential palace in Sanaa and key governmental buildings, placing Hadi under house arrest and forcing him to submit his resignation. However, Hadi later rescinded his resignation, saying he was still president.