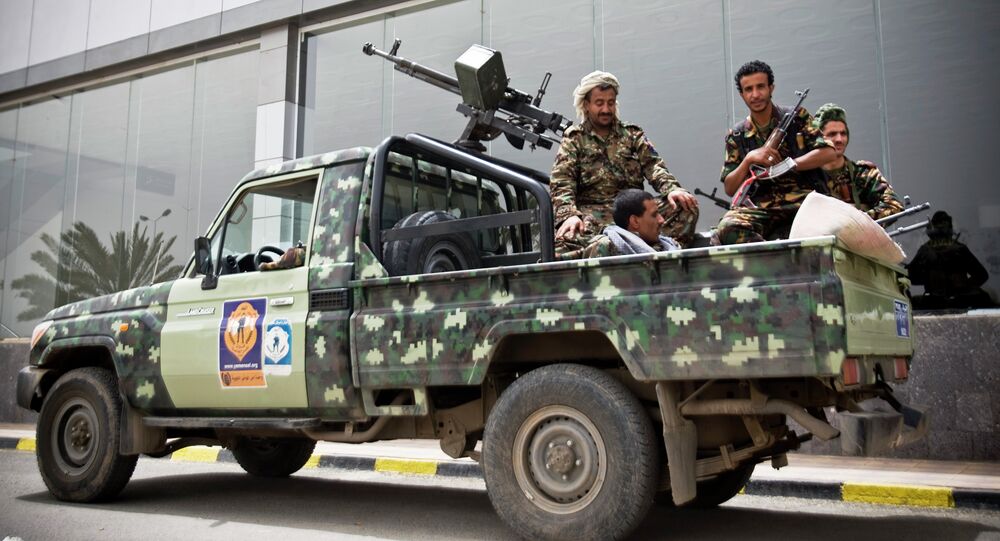 A representative of the Yemeni governmental forces stated that the Houthis are using the Russian consulate in Aden as their headquarters.

On Wednesday, a source at the Russian Embassy in Yemen told RIA Novosti that the Russian Consulate General in Aden was damaged as a result of airstrikes by Saudi-led coalition missiles.

"We have no confirmed information that the Russian consulate was shelled, we are expecting clarification," Maysari told Sputnik.

What role should Western countries play in the Saudi-Yemen conflict?
Voted: 1294
All polls
He stated that the Houthis are using the Russian consulate in Aden as their headquarters.

Earlier on Thursday, local media Huna Aden reported citing witnesses that on Wednesday Houthi militants broke into the Russian Consulate General in Aden and looted it.

Currently, the work of the consulate is suspended and all Russian citizens have been evacuated.

On March 25, an international coalition headed by Saudi Arabia launched a military operation against Houthi positions in Yemen following a request for military support from President Hadi.