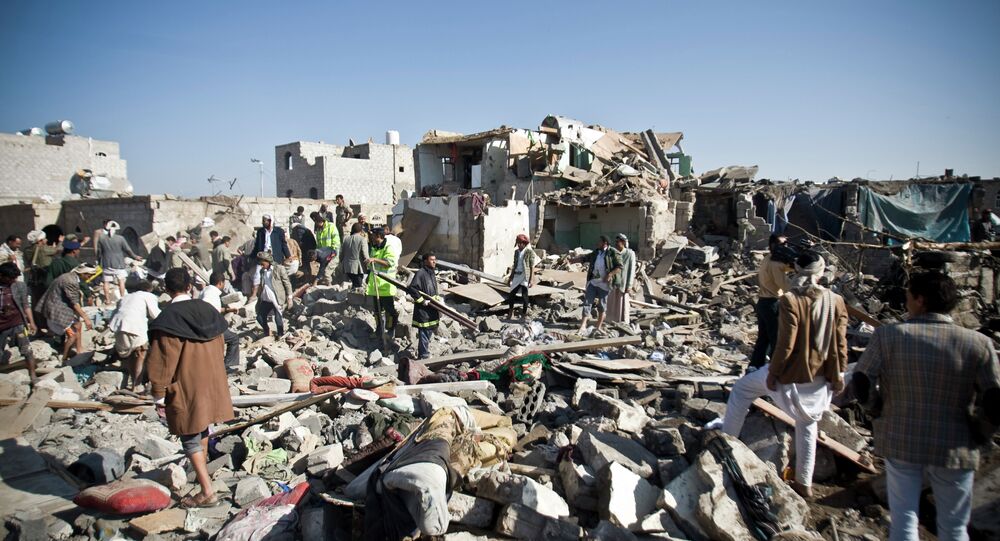 MOSCOW (Sputnik) – The evacuation of Russian citizens from Yemen, where a Saudi-Arabia-led coalition is conducting airstrikes against Houthi rebels, is being delayed, the Russian Kommersant newspaper reports, citing a diplomatic source.

On Wednesday, an official of the Russian Embassy in Egypt told RIA Novosti that a plane that had been sent to evacuate Russian citizens from Yemen was in Cairo, awaiting permission to fly to Sanaa. Earlier, the anti-Houthi coalition forces refused to give landing permission to the plane.

© AFP 2021 / MOHAMMED HUWAIS
Russian Evacuation Plane Denied Entrance to Yemen, Waits in Egypt
"The plane did not reach Sanaa," a diplomatic source told Kommersant on Thursday, adding that the aircraft is expected to arrive in the Yemeni capital later in the day.

According to Kommersant, Russian authorities intend to evacuate up to 900 people from Yemen in one trip.

Meanwhile the NDTV (New Delhi Television Limited) broadcaster reported on Thursday that the Indian Air Force has evacuated 168 Indians from Yemen. A total of 350 Indian citizens were taken out of the country on Wednesday.

A number of other countries, including the United States, Saudi Arabia and China, as well as the United Nations, have been evacuating citizens and staff from Sanaa, which is under Houthi control.

What role should Western countries play in the Saudi-Yemen conflict?
Voted: 1294
All polls
The Houthis, a Zaidi Shia insurgent group, have taken control of vast areas in Yemen. The rebels forced the Yemeni government to resign in January.

On March 25, a Saudi-Arabia-led coalition started conducting airstrikes against Houthi militants in Yemen at the request of Yemeni President Abd Rabbuh Mansur Hadi, who has left the country amid hostilities.

Amnesty International said on Tuesday that the Saudi-led coalition is failing to prevent civilian casualties in Yemen with its airstrikes having resulted in dozens of dead people, including children.