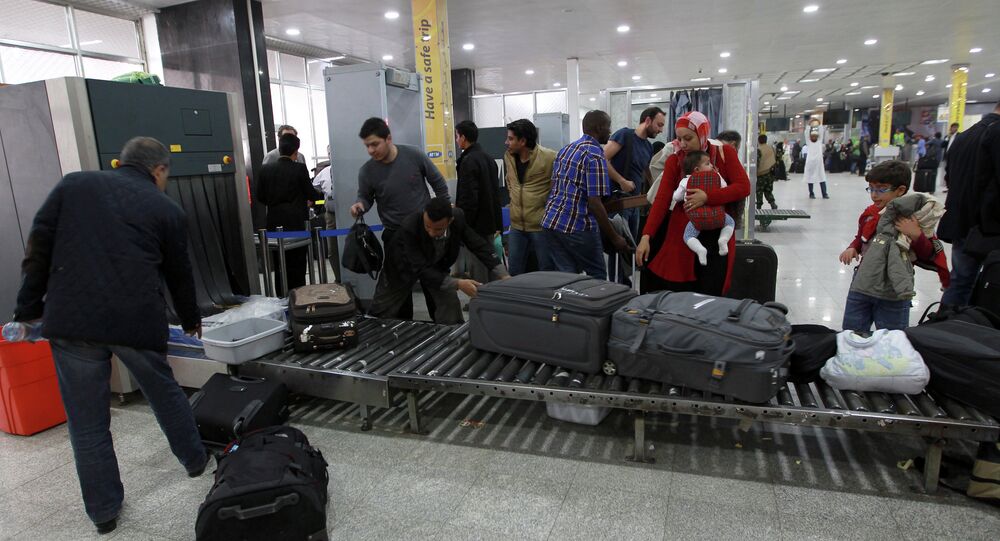 A Russian plane, on a mission to evacuate Russian citizens from Yemen, was denied entry into the country, and now is waiting for permission to fly to Sanaa, the capital of Yemen, in Cairo, Egypt.

CAIRO (Sputnik) — A Russian plane that has been denied landing in Yemen by anti-Houthi coalition forces is currently in Cairo awaiting permission to fly to Yemeni capital, Sanaa, the Russian Embassy in Egypt told RIA Novosti on Wednesday.

"The Russian plane is in the Cairo airport awaiting permission to continue on a mission to evacuate Russian citizens from Yemen," an embassy official said, adding that the decision could be taken only by coalition forces, particularly, by Saudi Arabia.

© Sputnik / Sergey Mamontov
Coalition Denies Landing to Russian Evacuation Plane en Route to Yemen
The director of an international airport in Sanaa has earlier confirmed in an interview with Sputnik that the plane, which had been heading for Yemen to evacuate Russian nationals from the crisis-hit Arab country, was diverted to Egypt instead.

The Lebanon-based Mayadeen news channel reported earlier that the Russian aircraft's arrival was previously agreed upon, but, allegedly, no official confirmation of a plane being sent to Yemen had been issued.

What role should Western countries play in the Saudi-Yemen conflict?
Voted: 1294
All polls
Last week, the coalition headed by Saudi Arabia launched a military operation against the Houthi rebels' positions in Yemen. The coalition started carrying out airstrikes upon the request of displaced Yemeni president Abd Rabbuh Mansur Hadi.

Shiite Houthis, the main opposition force in Yemen, recently took over the country's capital Sanaa, forced the elected president to flee the country, and continued to make a rapid advance in other cities.

Foreign countries and international organizations, including the United Nations, have recently been evacuating their citizens and staff from Yemen amid the intensified conflict in the country.

Indian Embassy in Yemen to Remain Open Until Evacuation Complete