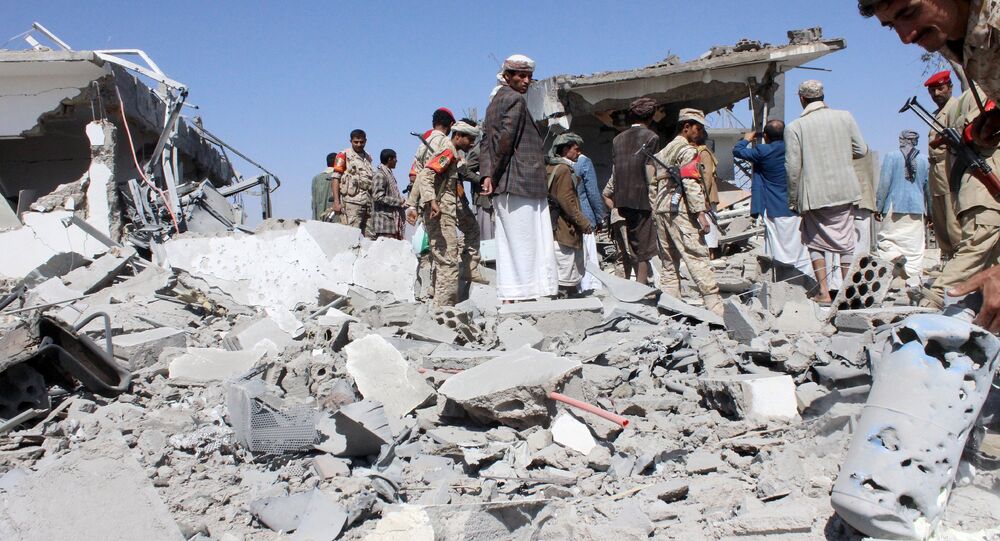 Over 60 Children Killed in Yemen During Past Week - UNICEF

UNICEF announced that at least 62 children have been killed and 30 injured during fighting in Yemen over the past week.

WASHINGTON (Sputnik) – More than 60 children were killed in an ongoing conflict in Yemen in the past week, the United Nations Children's Fund (UNICEF) announced in a statement.

“At least 62 children have been killed and 30 injured during fighting in Yemen over the past week,” the release said.

The agency also emphasized that the escalating violence and worsening humanitarian situation add to already dangerous conditions for children in Yemen including food insecurity, severe malnutrition and increased rates of child recruitment.

“Children are in desperate need of protection, and all parties to the conflict should do all in their power to keep children safe,” UNICEF Yemen Representative Julien Harneis stressed in the statement.

© AP Photo / Hani Mohammed
Yemen on Verge of Total Collapse Amid Coalition's Airstrikes - UN
Yemen is currently suffering from an armed confrontation between the Houthi rebel group, the main opposition force, and forces loyal to the country's president, Abd Rabbuh Mansur Hadi, who has fled the country amid the hostilities.

Since March 27, at least 93 civilians have been killed and 364 injured in Sanaa, Sada, Dhale, Hudayda and Lahj, the United Nations High Commissioner for Human Rights OHCHR said. Numerous Yemeni citizens are crossing the Red Sea after fleeing their homes amid the ongoing airstrikes. Over the last weekend, more than 100 people fled Yemen to Djibouti and Somaliland, according to the UN refugee agency.