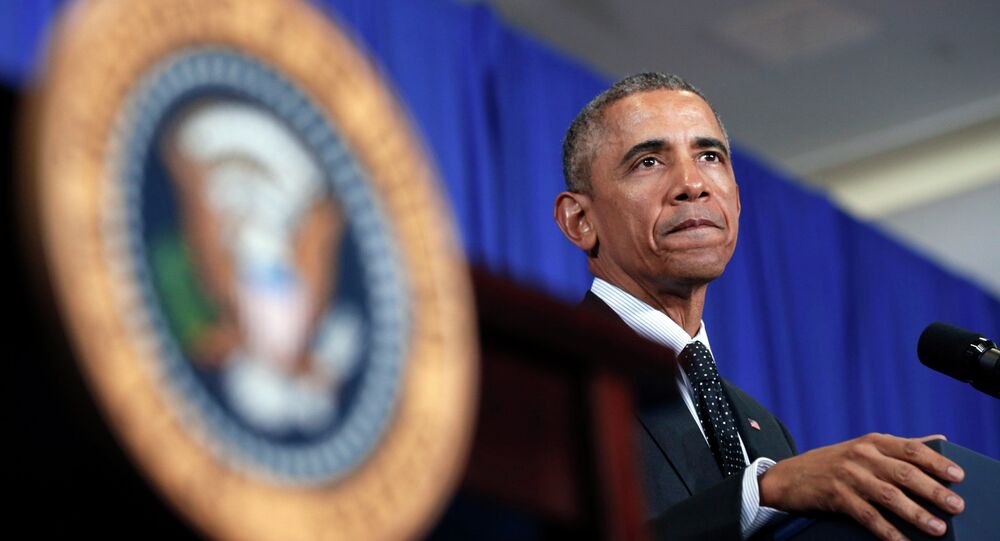 WASHINGTON (Sputnik) — US President Barack Obama reaffirmed to Egyptian counterpart Abdel Fattah al-Sisi during a phone conversation on Tuesday that the United States will continue providing Egypt with $1.3 billion in military assistance annually, the White House announced in a release.

“The President [Obama] also advised President al-Sisi that he will continue to request an annual $1.3 billion in military assistance for Egypt,” the release said.

© AP Photo / Evan Vucci
US to Support Egypt in Fight Against Extremists
Obama noted that beginning in 2018, Washington will channel security assistance to Egypt for counterterrorism, border security, Sinai security and maritime security as well as to sustain existing weapons systems in Egypt’s arsenal.

The US President also said he will lift executive holds on the delivery of military aircrafts, missiles and tanks to Egypt.

“Obama also told Sisi that he will lift executive holds that have been in place since October 2013 on the delivery of F-16 aircraft, Harpoon missiles, and M1A1 tank kits,” the release read.

Obama explained that the military assistance will help improve the two countries' relationship in addressing shared challenges in an unstable region.