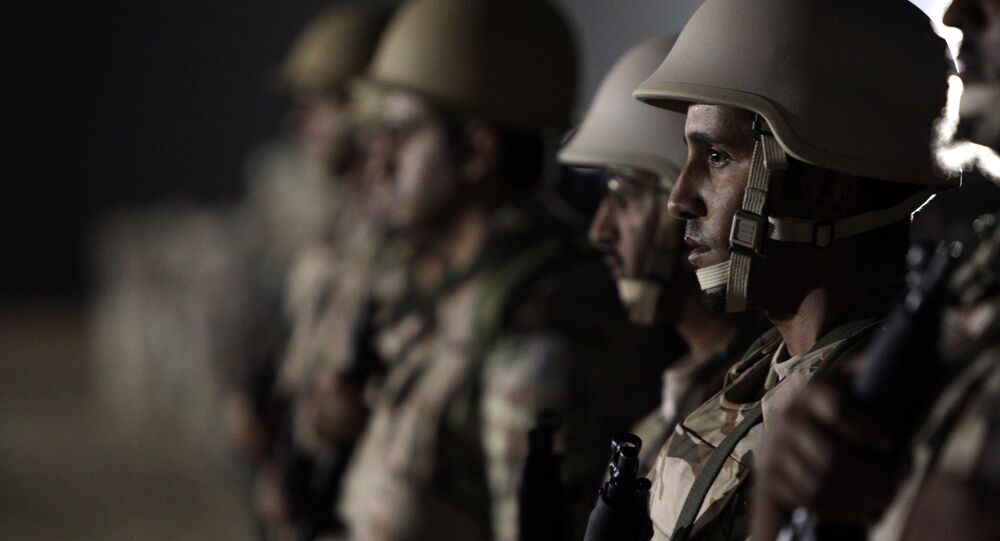 In an interview with the CNN Yassin stressed the importance of an immediate launch of the ground operation in Yemen, stating that it can be started within few days.

Earlier this day a video showing military trucks carrying tanks down highway in Saudi Arabian town of Jazan, which is just 20 miles away Yemeni border, was distributed by the media, the CNN included.

© REUTERS / Khaled Abdullah
At Least 40 Houthis Killed, 60 Captured in Yemen’s Shabwah Province
On Thursday, Saudi Arabia military spokesman said that its forces and those of its allies were ready to launch ground operations inside Yemen if needed. And on Saturday, Yemeni Foreign Minister Riyad Yassin stressed he expected coalition troops to be in Yemen within days.

Yemen is currently suffering from an armed confrontation between Houthi rebels and forces loyal to the country's president Abd Rabbuh Mansur Hadi, who has fled the country amid hostilities.

President Hadi to Make Return to Yemen in Coming Days