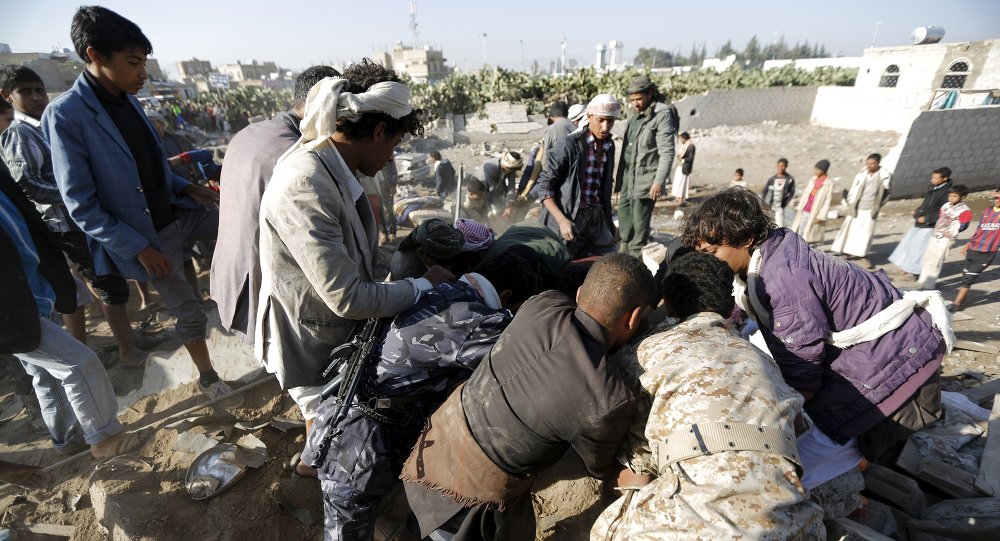 The airstrikes by the Saudi Arabia-led coalition against the positions of Houthi rebels in Yemen's capital Sanaa killed up to 34 civilians in two days, Human Rights Watch (HRW) said Saturday.

In addition, HRW representatives visited two local hospitals where they documented the death of 11 civilians, whose names were not included in the ministry's lists.

"Both the Saudi-led forces and the Houthis need to do everything they can to protect civilians from attack. Reports of air strikes and anti-aircraft weapons in heavily populated areas raise serious concerns that not enough is being done to ensure their safety," Joe Stork, the HRW deputy Middle East and North Africa director said as quoted on the organization's website. 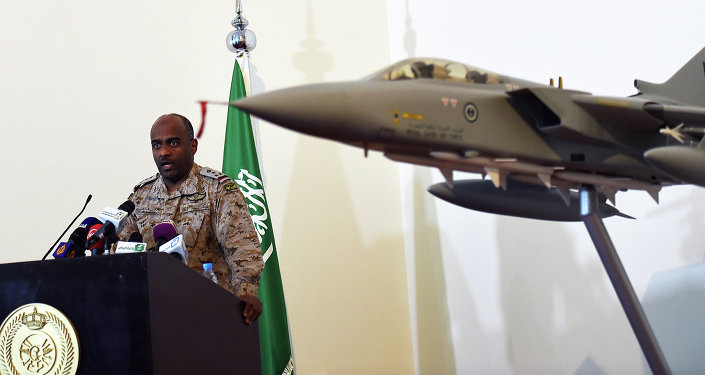 HRW also warned the coalition against using the banned weaponry, such as cluster bombs, stating that Saudi Arabia's past use of such weapons "raises concerns" that the country may use it in the current conflict. HRW noted that there is "credible evidence" that in November 2009 Saudi Arabia used cluster bombs during fighting between Houthis and the Yemeni and Saudi forces.

"Saudi forces should publicly reject any use of cluster munitions and recognize that their use could have a devastating impact on civilians," Stork added.

Late on Wednesday night, upon the request by the Yemeni President Abd Rabbuh Mansur Hadi a group of Arab countries led by Saudi Arabia started conducting airstrikes against Houthis. The Shiite Houthi rebel group is a main opposition force in Yemen that forced the countries elected authorities to resign.

US to Boost Aid to Coalition Against Houthi Fighters in Yemen

Saudi Arabia Evacuates 86 Diplomats From Port of Aden in Yemen