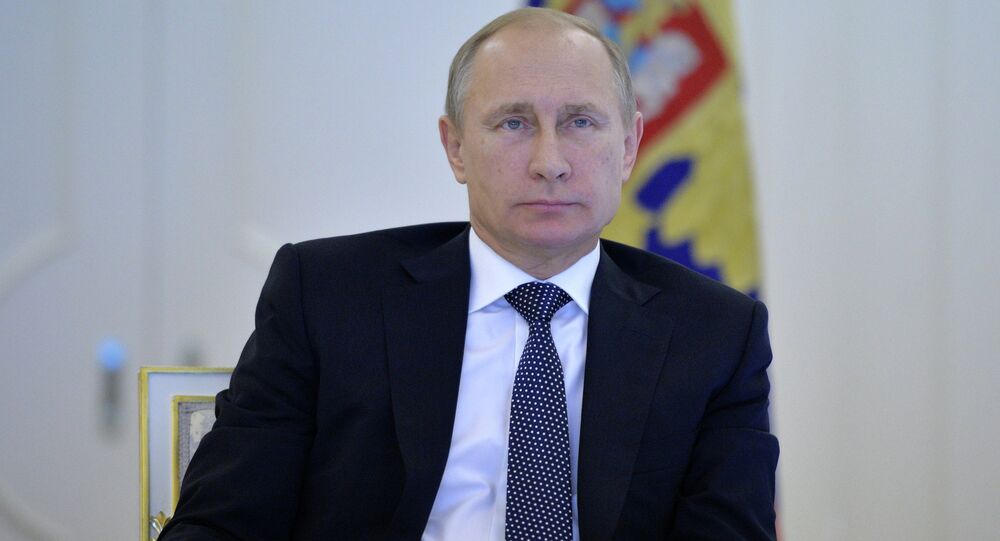 President Vladimir Putin said that Russia will stand by the Arab Gulf countries in their attempts to resolve emerging crises in the Middle East through peaceful means and without foreign involvement.

"We support Arab nations in their effort to ensure a safe future and urge them to resolve all emerging challenges peacefully without any foreign involvement," Putin said in his message to the assembled Arab League nations.

He accused terrorists and extremists of undermining security in the region, with militants seizing entire cities and provinces, inflicting suffering on hundreds of thousands of innocents and destroying cultural heritage.

"Russia strongly condemns these crimes that are absolutely unjustifiable," the Russian leader said.

The Arab League Summit began in Egypt's city of Sharm El-Sheikh on Saturday. The meeting is expected to center around the escalating crisis in Yemen, where a Saudi-led coalition of Gulf States is launching air strikes against Houthi opposition forces.

Yemeni President Arrives in Egypt Ahead of Arab League Summit