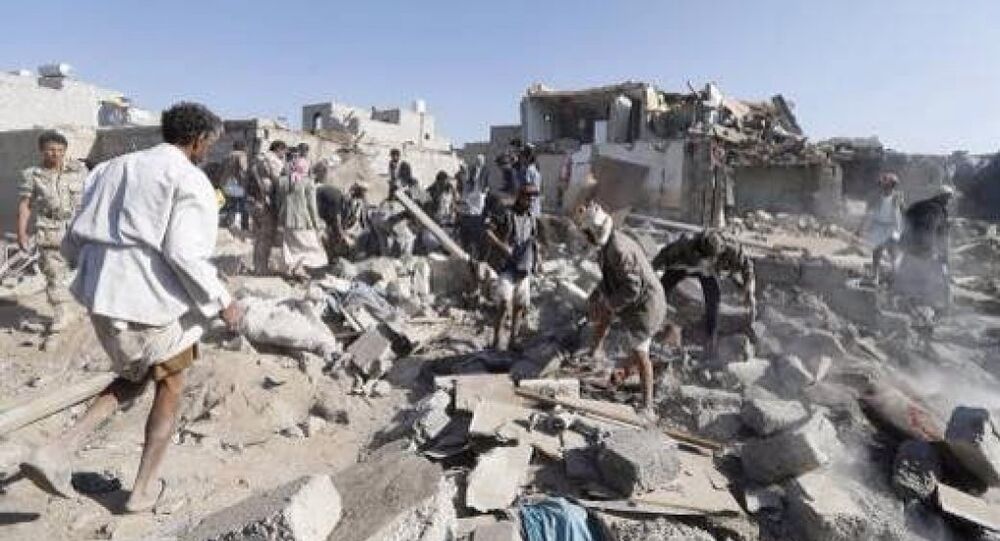 The escalation of the conflict in Yemen could lead to a Sunni-Shiite war that could go on for generations, according to US-based Executive Intelligence Review Senior Editor Jeff Steinberg.

© AP Photo / Yassir Hassan, FIle
The Money Trail: How the US Fostered Yemen's Separatist Movement
WASHINGTON (Sputnik) — The escalation of the conflict in Yemen could be a destabilizing factor in the negotiations between the P5+1 group of countries and Iran about its nuclear program, US experts told Sputnik.

“If you get an explosion of violence in the region and the finger is pointed at Iran as if they were the masterminds for the events on the ground in Yemen, this could be another factor of disrupting the P5+1 negotiations,” US-based Executive Intelligence Review Senior Editor Jeff Steinberg told Sputnik.

The coincidence of the Saudi Arabian-led airstrikes in Yemen and the March 31 deadline for nuclear negotiations with Iran is “noteworthy,” Steinberg added.

The Saudis are playing a provocative regional role and “wish to escalate a crisis that could lead to a Sunni-Shiite war that could go on for generations,” the counterintelligence expert warned.

© AP Photo / Brendan Smialowski
Yemeni Crisis Off Agenda at Nuclear Talks – Iranian Foreign Minister
Steinberg further noted that the new leader of Saudi Arabia, King Salman, “may very well be more committed to the notion of the spread of the Wahhabi sphere than his predecessor King Abdullah.”

The overthrow of Yemen’s President Abd Rabbuh Mansour Hadi by Shia-allied Houthi rebels, “really fits into a handy narrative for Saudi Arabia at the moment,” Campbell said at a Bipartisan Policy Center conference on Yemen on Thursday.

On Wednesday, Saudi Arabia and a coalition of nine mostly Arab states began airstrikes and military actions to oust the Houthis from the Yemeni capital Sanaa.

Saudi Arabian ambassador to the United States Adel al-Jubeir said on Thursday that Saudi Arabia is concerned about the nuclear talks with Iran, and would like to know the details of the agreement before it could judge the impact of the possible Iranian nuclear deal on its security.

Al-Jubeir also stated that alleged Iranian “interference” into the affairs of neighboring countries is a concern for Saudi Arabia.

The Big Deserter, A Dose Of America’s Own Medicine, And The Saudis In Yemen