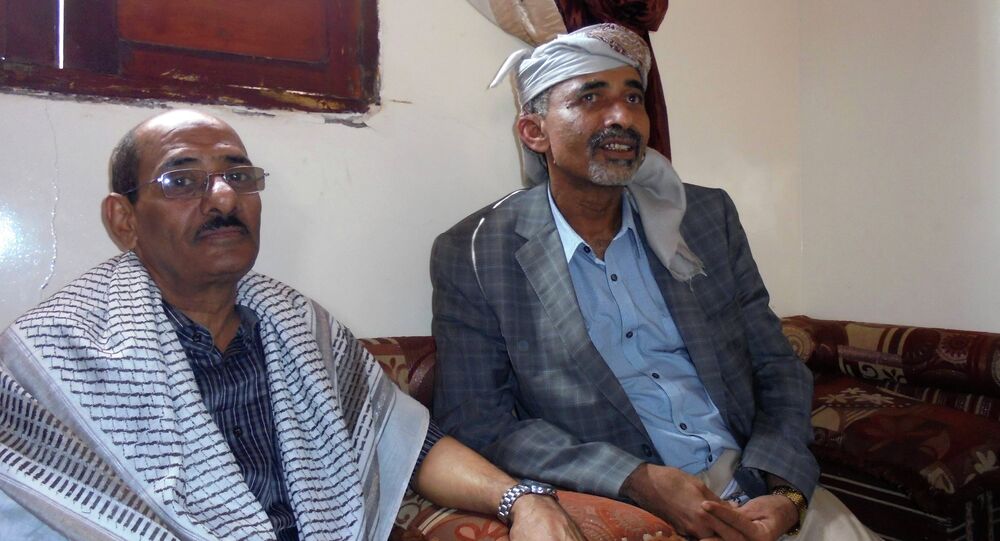 Yemen’s former defense minister Mahmoud Subaihi and Brigadier Faisal Rajab of the 119th brigade were released by an order of the Houthis leader Abdul-Malik.

"Maj. Gen. Mahmoud Subaihi, defense minister in the outgoing government of Yemen, and Brigadier Faisal Rajab of the 119th brigade were released today by [Houthi leader] Abdul-Malik," the source said.

© Flickr / RA.AZ
Saudi Arabia Unlikely to Send Ground Troops to Yemen - Experts
The former minister and his top aide, who both remained loyal to Hadi, were captured Wednesday in the southern province of Lahij close to the port city of Aden.

Hadi resigned in late January, after Houthis seized the presidential palace. He was under house arrest in the capital Sanaa before fleeing to the port city of Aden in February, disavowing his resignation. He reportedly arrived in the Saudi capital Riyadh on Thursday.

Tensions have been building in the country since August 2014 when a massive Houthi rebellion swept the country.

On Wednesday, Saudi Arabia and a number of other Gulf countries started carrying out airstrikes against Houthi positions in Yemeni capital Sanaa. The campaign is a response to a request by Hadi, according to the coalition.