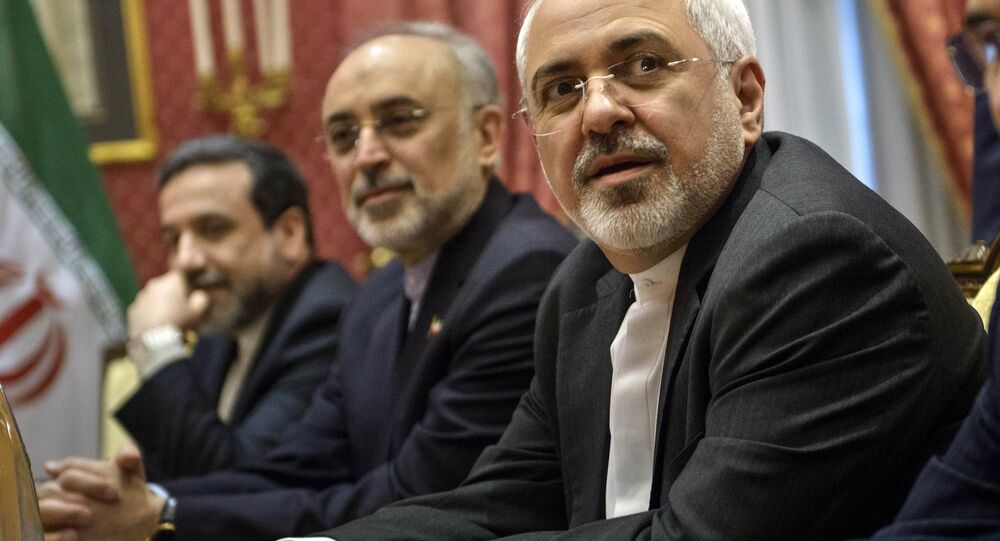 Iranian Foreign Minister Mohammad Javad Zarif said that the Yemeni crisis is not on the agenda of talks between the P5+1 and Iran, negotiations are limited to nuclear issue.

Scores of people have been reported killed following the airstrikes on the capital city of Sanaa.

"It is obvious when diplomats are gathering somewhere they talk about it [Yemen]. But we have said many times that our issue at the table is the nuclear negotiations. Our negotiations are limited to nuclear issue," Zarif told journalists.

© REUTERS / Brendan Smialowski/Pool
Kerry, Zarif Start Second Day of Iran Nuclear Talks in Switzerland
On Wednesday, Zarif discussed the crisis in Yemen with US Secretary of State John Kerry on the sidelines of the nuclear talks in Switzerland, according to the US State Department.

Iran and the P5+1 countries, comprising Russia, China, the United States, the United Kingdom, France and Germany, have been trying to reach an agreement guaranteeing a peaceful nature of the Iranian nuclear program for more than a year.

A final deal is expected by July 2015 while a political framework for the agreement is anticipated by the end of March.