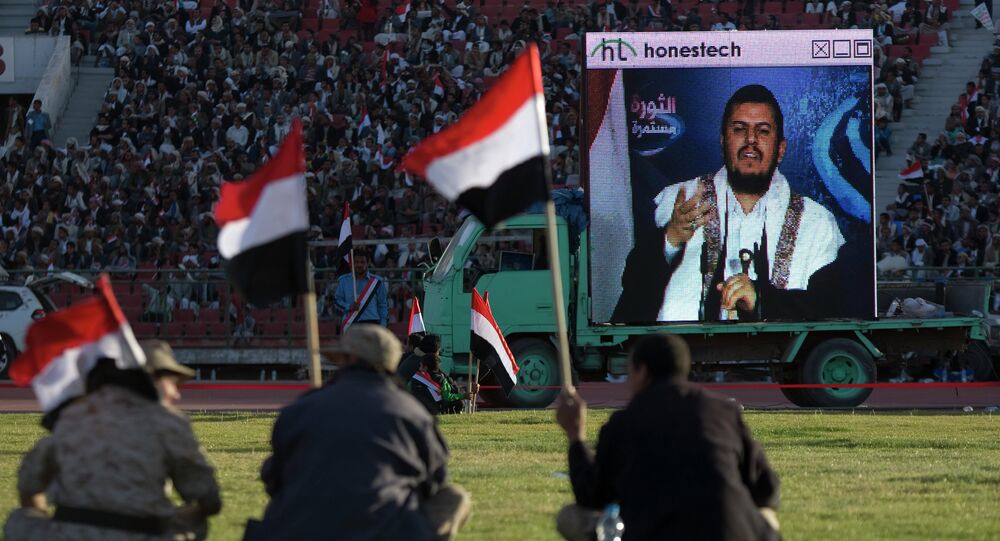 © Sputnik / Naowaf Ibrahim
Chaotic Situation in Yemen Benefits Al-Qaeda - Experts
WASHINGTON (Sputnik) — Koch argued that Yemen is too diverse for one group to be able to dominate it, and the Houthis, who are overestimating their strength at present, would be wise to accept a reconciliation talks offer.

US State Department Spokesperson Jeff Rathke said at a press briefing on Thursday that the United States does not have direct contact with the Houthis, but has indirect ways of communicating with them.

“The situation could escalate further and Yemen could face a period of continued political turmoil,” Koch said on Thursday.

“In order to avoid such a situation, contact needs to be initiated with the Houthis to urge them to accept the offer of peace and reconciliation talks and join other members of the Yemeni community to talk about way forward,” he added.

On Wednesday, Saudi Arabia launched military operations against the Houthi, who currently control large parts of Yemen, including the capital Sanaa. Bahrain, Qatar and Egypt, among other mostly Arab nations, joined the Saudi-led coalition.

Koch noted that by starting the military operation, Saudi Arabia sent a clear message of defying any interference by outsiders on the Arabian Peninsula, such as Iran’s support for the Houthis.