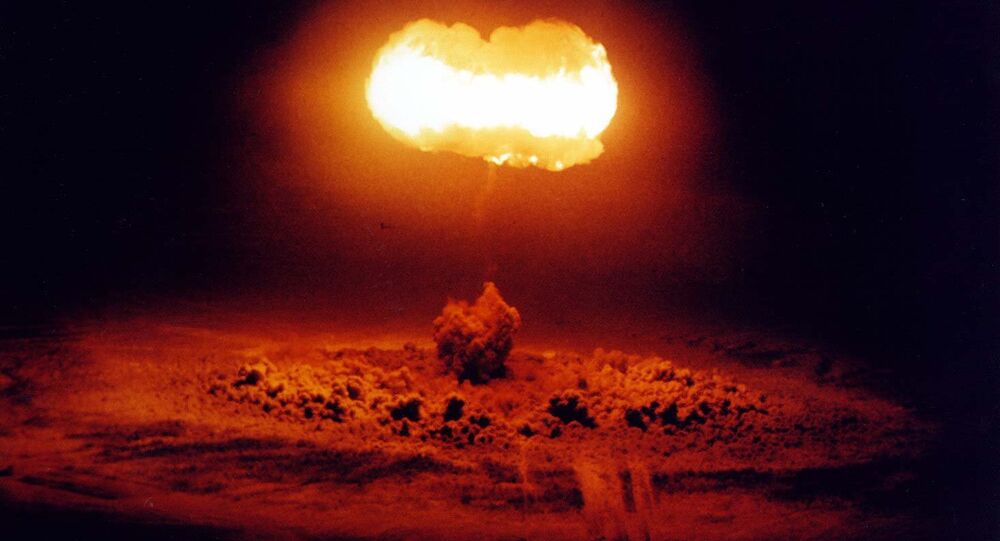 In the latest example of the strained relationship between the United States and Israel, the Pentagon has quietly released a classified document which reveals the extent of Israel’s nuclear program. A program the Israeli government has long denied even exists.

Earlier this month, Israeli Prime Minister Benjamin Netanyahu accepted the controversial invitation to speak before the US Congress and warn against "a nuclearized Middle East and the horrific consequences…to all humanity."

The speech received, perhaps, the largest round of applause heard in the Capitol since Republicans took control of both houses of Congress. President Obama was less enthused, calling the address "nothing new."

Coincidentally or not, Netanyahu’s speech coincided with the Pentagon’s decision to declassify a top-secret document which proves that despite Bibi’s warnings about a "nuclearized Middle East," the region is already a host to nuclear weapons. Namely: Israel’s.

The 386-page report, entitled "Critical Technological Assessment in Israel and NATO Nations," dates back to 1987 and critical details on a nuclear program Israel has never admitted having.

"[Israel is] developing the kind of codes which will enable them to make hydrogen bombs," the Department of Defense report reads. "That is, codes which detail fission and fusion processes on a microscopic and macroscopic level."

Even more damning, the report calls Israel’s nuclear ability "an almost exact parallel of the capability existing at our National Laboratories," and calls Israel’s labs "equivalent" to US installations in Los Alamos, Lawrence Livermore, and Oak Ridge.

Los Alamos, of course, was where Robert Oppenheimer conducted the bulk of the Manhattan Project experiments.

"As far as nuclear technology is concerned the Israelis are roughly where the US was in the fission weapon field in about 1955 to 1960," the report reads.

To break that down, a Pentagon document states that 28 years ago, Israel was already as advanced in nuclear development as the United States had been shortly after testing its first hydrogen bomb.

The timing of the document’s release is certainly suspicious. Originally requested three years ago by a US journalist under a Freedom of Information Act request, the Pentagon had been slow to respond. A ruling by a District Court judge ordered the Defense Department to reply.

It’s also worth noting that while the declassified document revealed key aspects of the Israeli nuclear program, the Pentagon took pains to block out sections only other allied countries, including France, Italy, and West Germany.

On Tuesday, a Wall Street Journal report also alleged that Israel was spying on the P5+1 nuclear negotiation. While the prime minister’s office denied these claims, the newspaper cited senior US officials who said that Israeli intelligence was eavesdropping on the international talks.

Barely a week into his new term and Netanyahu already has radioactive egg on his face.

US Evaluates Cooperation With Israel Only on Two-State Solution - Psaki