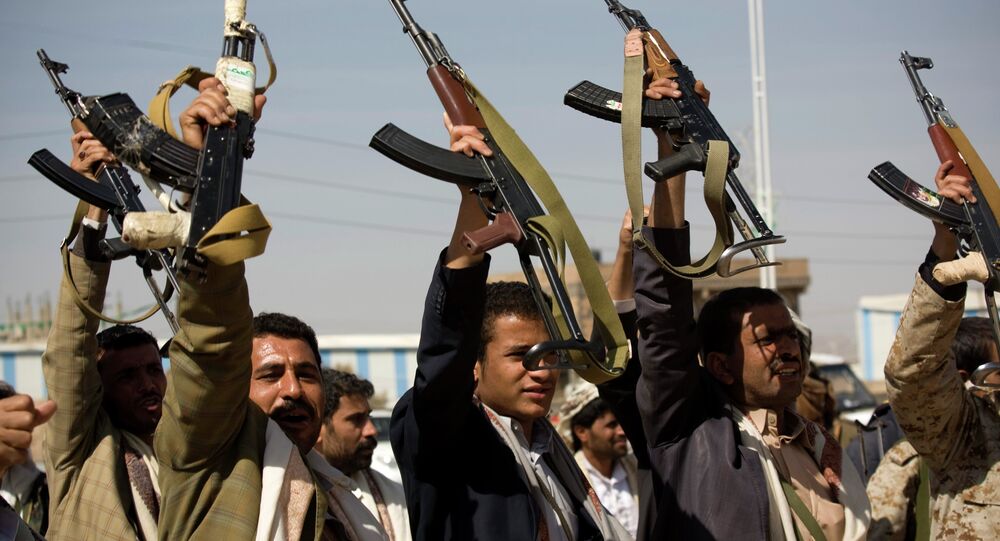 The United States is unable to monitor how hundreds of millions of dollars in US weapons provided to Yemen’s government are being used by various factions as the country descends into civil war, US Central Command (CENTCOM) Commander Gen. Lloyd Austin said on Thursday.

© AFP 2021
US Warships in Red Sea Ready to Respond in Yemen - CENTCOM
WASHINGTON (Sputnik) — US CENTCOM Commander Gen. Austin said that in the case of Yemen, there was no way to return any of the weapons that the United States had provided.

"With not having the ability to be in Yemen currently to monitor the disposition of weapons then we don’t have the ability to oversee the safeguarding or deployment of those weapons systems,” Austin said at a US Senate Armed Services Committee.

Austin said "it is reasonable to suspect" the US-provided weapons would fall into the hands of groups in Yemen opposed to the United States.

On Wednesday, Yemen's Houthi rebels gained further ground as they approached the city of Aden. Following their advance and calls from President Abd Rabbuh Mansur Hadi for intervention, a Saudi Arabia-led coalition of Arab nations started carrying out airstrikes against Houthi positions.

© AP Photo / Hani Mohammed
Saudi Arabia Likely to Deploy Ground Troops in Yemen - US Senator
Arab Gulf states and Egypt, among others, are participating in the Saudi-led coalition.

While not participating in the offensive, the United States is backing its Arab allies and has agreed to provide logistical and intelligence support for the military operation.

The coalition's airstrikes triggered a wave of protests in Sanaa, with thousands of people taking to the streets.