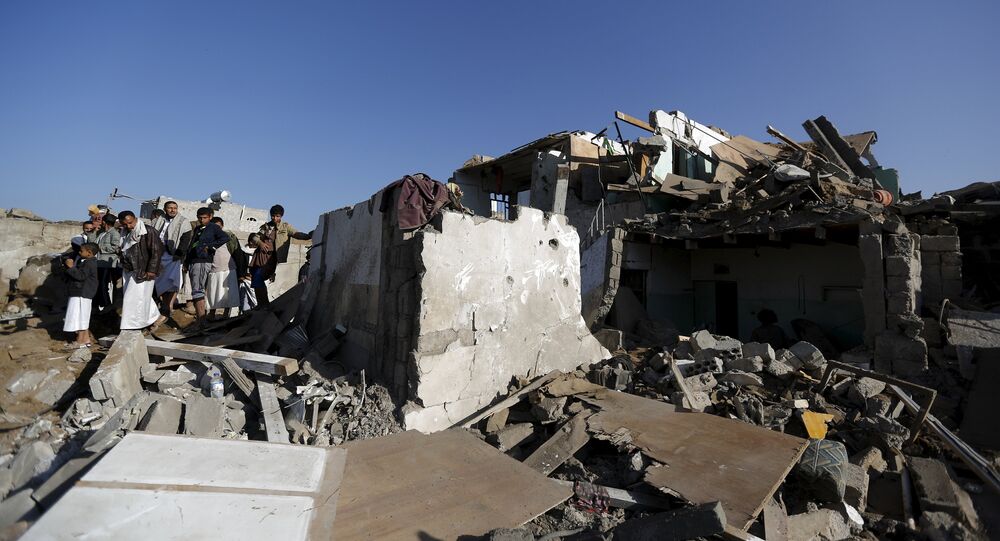 Earlier reports indicated that Hadi could have fled to neighboring Oman following the advance of Houthi militants on Aden.

Earlier reports indicated that Hadi could have fled to neighboring Oman following the advance of Houthi militants on Aden.

On Wednesday, Saudi Arabia announced the launch of a military operation against the Houthis, who currently control large parts of Yemen, including the capital Sanaa.

© Sputnik / Faisal Al Shabibi
Oman Says 'No, Man' to Ousted Yemeni President
Several other nations, including Bahrain, Qatar, and Egypt, have joined the Operation Storm of Resolve. The Gulf nations claim the campaign is a response to a request of Yemen's ousted president.

The Houthi rebels forced Hadi and his government to resign in late January 2015 after capturing the presidential palace and government buildings. In February, Hadi escaped from his residence after several weeks of house arrest and headed to the city of Aden.