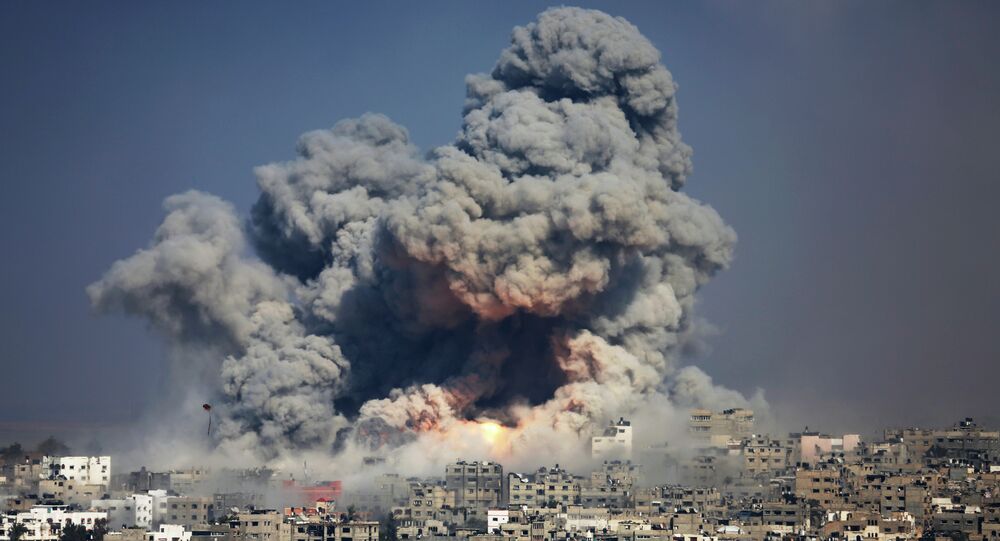 Amnesty International (AI) has accused Palestinian armed groups of committing war crimes and displaying “a flagrant disregard for the lives of civilians” during last summer’s 50-day war in Gaza.

In a report published on Thursday, the human rights group claims there was evidence that several deadly Palestinian rocket and mortar attacks have killed both Israeli and Palestinian civilians indiscriminately.

The report comes after two other reports were released in 2014 that accused Israel of war crimes for showing "callous indifference" to civilians in its airstrikes on Palestinians and one week before a formal Palestinian accession to the International Criminal Court (ICC) in The Hague on April 1.

Palestinian officials have announced plans to file a complaint against Israel for war crimes during the 50-day Gaza war and for settlement activity. Once they become members of the court, they could themselves become the subject of war crimes investigations.

The report focuses on Palestinian groups firing thousands of rockets and mortars toward civilian areas in Israel as well as the conduct of militant groups like Hamas that endangered Palestinian civilians.

In what it called "credible reports," the London-based group cited rockets or mortars that were stored in civilian buildings including United Nations schools and were launched from within civilian facilities, such as schools, a hospital and a Greek Orthodox church in Gaza during the conflict.

Palestinians claim the Israeli military was responsible for the attack, but an Amnesty International munitions expert says a Palestinian rocket killed them.

The rockets used by Palestinians are "inherently indiscriminate," since they are unguided and cannot be directed at specific targets, and their use should be prohibited, according to the report.

"Palestinian groups must end all direct attacks on civilians and indiscriminate attacks," Philip Luther, director of the Middle East and North Africa program at Amnesty International, said in a statement. "They must also take all feasible precautions to protect civilians in the Gaza Strip from the effects of such attacks. This includes taking all possible measures to avoid locating fighters and arms within or near densely populated areas."

Luther called on both Israeli and Palestinian authorities to cooperate with UN and International Criminal Court probes "to end decades of impunity that have perpetuated a cycle of violations in which civilians on both sides have paid a heavy price."

Hamas Spokesman Taher al-Nounou dismissed the report as "false," saying it was "based on the Israeli narrative" and was "full of lies."

Amnesty acknowledged it was unable to verify some of the reported violations, such as rockets fired from hospitals, since Israel did not allow its staff access to Gaza, the New York Times reported.