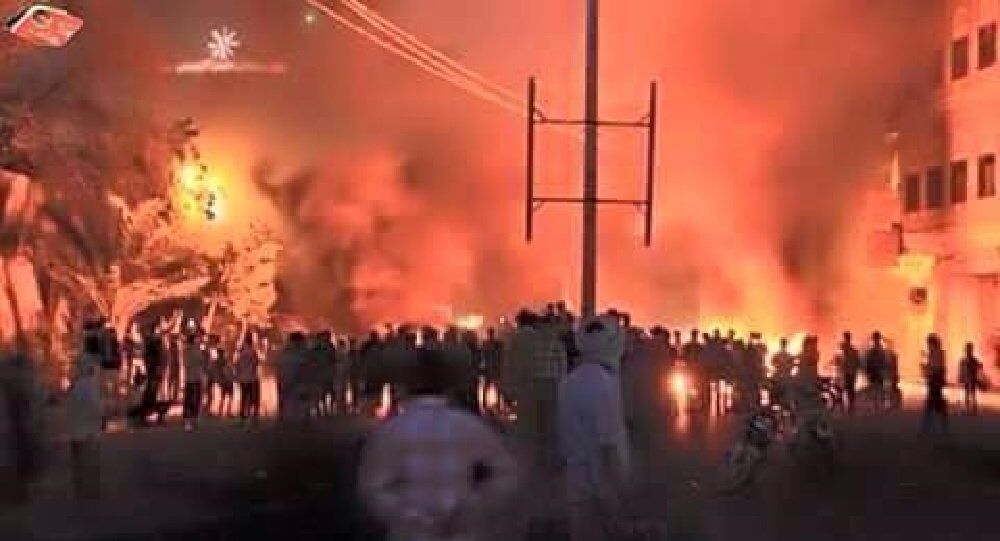 Thousands of people have taken to the streets of Sanaa, Yemeni capital, protesting against the Saudi-led airstrikes on the city, local media reported Thursday.

MOSCOW (Sputnik) – According to witness Twitter reports, around half a million people are protesting against the airstrikes.

protest in Sanaa is taking place now against the Saudi/US led war against Yemen. pic.twitter.com/1Y0bu1bfbG

On Wednesday, Saudi Arabia launched a military campaign in Sanaa against the positions of Houthi rebels in the city.

On Thursday, a coalition of Gulf states led by Saudi Arabia renewed airstrikes against positions of Houthi militants. Bahrain, Qatar and Egypt are among the countries participating in the offensive. The states participating in the attacks claim that the campaign is a response to a request by Yemen's ousted president.

Houthis are a large religious group comprising about one-third the population of Yemen. The militants forced the country's president and his government to resign and dissolved the parliament in the first weeks of 2015.

A local source told Sputnik earlier that 65 people had died in the attacks.

Saudi Arabia has reportedly deployed 100 fighter aircraft and 150,000 troops for the operation.