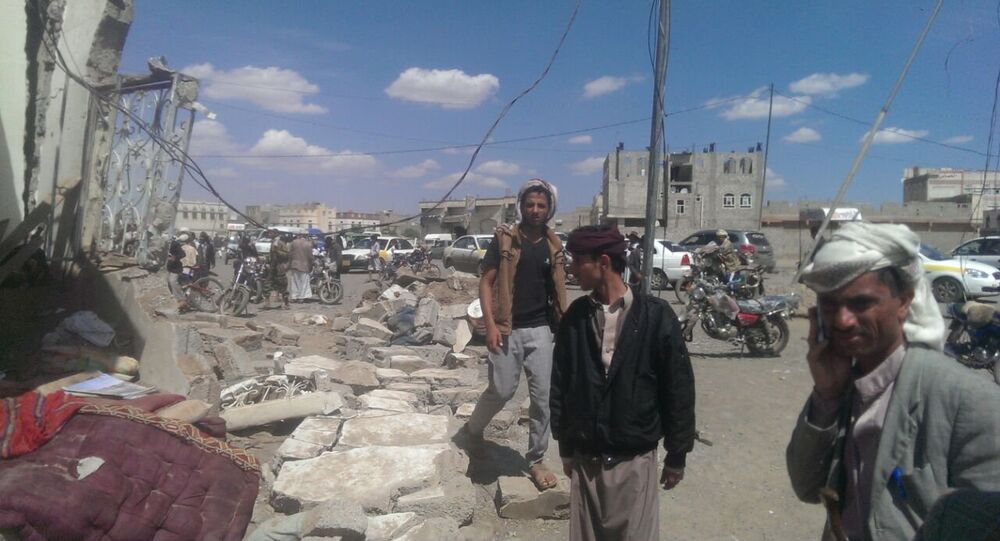 On Wednesday, Saudi Arabia announced the launch of a military operation against Houthis in Yemen. Several other nations, including Egypt, Sudan and Qatar, are participating.

Ankara has also called on Ansar Allah (the official name of the Houthis) and what he termed their "foreign supporters" to stop acts that threaten the peace and security in the region.

On Wednesday, Saudi Arabia announced the launch of a military operation against Houthis in Yemen. Several other nations, including Egypt, Sudan and Qatar, are participating.

Press Release Regarding the Latest Developments in #Yemen http://t.co/S3msZHHOXB

Saudi Arabia is reportedly using around 100 fighter jets and 150,000 personnel in the operation. The airstrikes target Yemen's infrastructure, including the government buildings and the Sanaa airport, but also hit residential areas.

© REUTERS / Khaled Abdullah
Death Toll Reaches 65 in Coalition's Ongoing Airstrikes in Sanaa
The death toll during airstrikes in Yemen’s capital has reached 65, a source in the representative from the local authorities told Sputnik on Thursday.

The Houthi militants had taken control of large areas in Yemen, forcing President Abd Rabbuh Mansur Hadi and his government to resign in late January.

Hadi was under house arrest in Sanaa before he fled to the port city of Aden in February, disavowing his resignation.

Who Are Yemen's Houthi Rebels: History and Facts