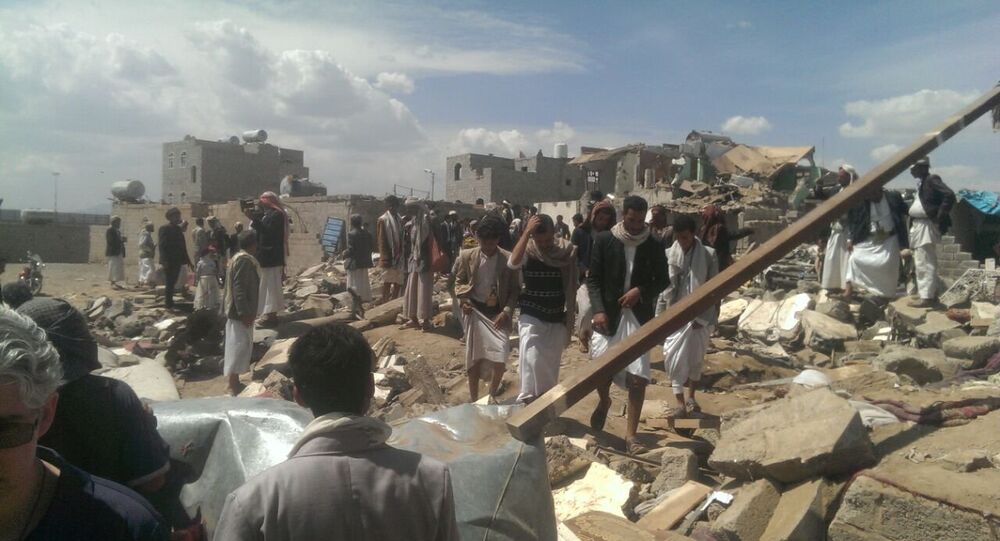 Coalition Will Not Risk Ground Operations With Houthi Rebels - Expert

Abdul Salam Mohammed, director of the Research Center of Yemen "Abaad" spoke to Sputnik regarding the Saudi-led airstrikes against the Houthi rebels in Yemen.

“The coalition bombed a military airbase in Sanaa, as well as military camps and weapons depots of the Houthi rebels,” expert told Sptunik.

© AP Photo / Hani Mohammed
Iran Condemns Foreign Interference in Yemen - Deputy Foreign Minister
On Wednesday, Saudi Arabia announced the launch of a military operation against the Houthis in Yemen. Several other nations, including Bahrain, Qatar and Egypt, are participating.

“One of the camps was directly under the former President Ali Abdullah Saleh and was the basis for the preparation of special units of Houthi rebels. The coalition airstrikes also bombed warehouses with missiles and the airport in the southern Yemen city of Aden. Basically the strikes are being carried out not only in Sana'a, but also in other parts of Yemen,” said Mohammed.

He further noted, “These attacks did not cause so much material damage as a moral one, because the public morale is very low due to these attacks.”

Mohammed acknowledged that the only drawback for the Houthi rebels is that they do not have air support. Regarding participation of other nations he said that he doubts Iran will take part.

“Iran will not intervene directly, because they are involved in the Syrian crisis and also linked to Iraq in the fight against the Islamic State. So the only thing Iran can do is provide logistical support.”

Who Are Yemen's Houthi Rebels: History and Facts