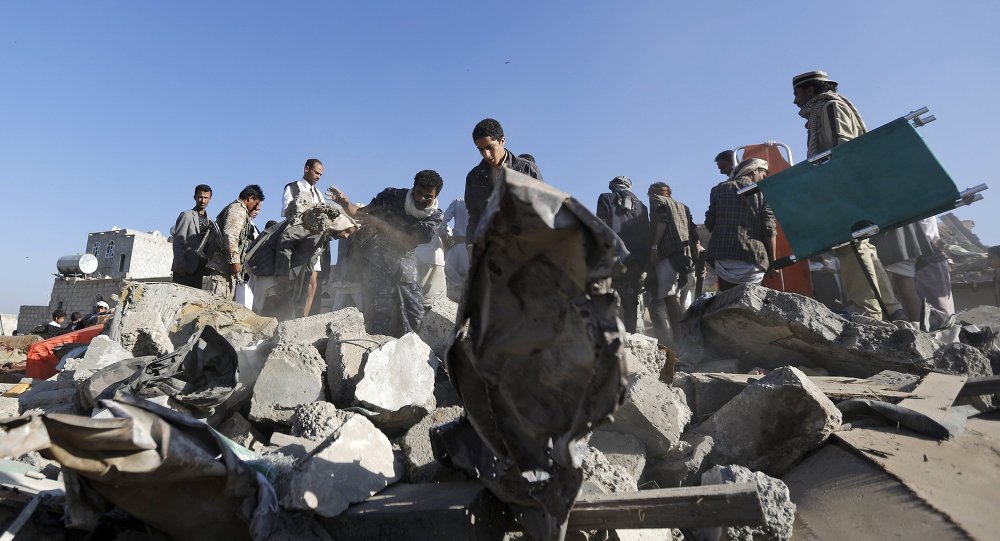 Extreme violence has erupted in Yemen overnight with Saudi forces undertaking a series of damaging airstrikes against the controlling Houthi rebel group. As a result, many civilians have been forced to take cover amid fears the country has descended into a full-blown war.

The announcement by Saudi Arabia to kick-off airstrikes in Yemen has been backed by a growing international alliance that remains committed to countering the Houthi rebel advance, which has seen the group take control of large swathes of Yemen, including the capital of Sanaa.

Who controls #Yemen now. See this photo from @MiddleEastEye pic.twitter.com/q7hRgoQjLW

The US has also weighed into the conflict, announcing that it was providing "logistical and intelligence support" to the Saudi-led offensive.

All my family woke up terrified cus of the bombings- what the hell? Would that be a one night thing? #Yemen

The military action has followed ongoing instability in Yemen in recent months, with the Shiite rebel group, known as the Houthis, undertaking an uprising against the government of Yemeni President Abd Rabbuh Mansour Hadi, who is backed by the West.

'The Worst Is to Come'

The latest reports suggest that 65 people have been killed so far in the attacks, however there are fears that the continued violence and counter attacks could result in catastrophic civilian casualties.

Heavy traffic on roads leading out of Sanaa, whole families are fleeing today.

"There isn't a single direction I don't hear bombings from its side."

"Continue[d] heavy air strikes and counter strikes from all around Sanaa. My god. Hell is on the door."

The airstrikes, while many argue are necessary in driving back the Houthis, have raised concerns about the plight of civilians in Yemen, and whether this heavy-handed approach will perhaps cause more harm than good.

As long as Qat markets are still open in #Sanaa. Yemenis will be fine. pic.twitter.com/KOyg51Z3LP

There are also concerns that increased violence and splintering of support in the country will lead to an increase in support for Al-Qaeda's Arabian Peninsula (AQAP) group, who despite being opposed to the Houthis as well as government forces, already have significant support bases in the country.

The overnight airstrikes have also drawn into question the method of bombing Houthi positions, rather than trying to engage the group in the political process.

Many argue that the Houthis' disdain for the law is reason enough to use force, however Farea Al-Muslimi disagrees, saying violence will not lead to a positive outcome in Yemen.

"No war isn't a solution for Yemen; we tried it too many times. For god sake!"

He previously criticized the UN's policy in the country as doing "more harm than good," with increased violence associated with the Houthi uprising leading him to write: "in Sanaa, no one but death walks freely or safely."

I sadly can promise you that the sir strikes cost tonight could have saved Yemen from this years ago if if was put into its economy. #yemen

Mr Al-Muslimi also believes that a level of inaction from international organizations and governments has somewhat contributed to the current situation in Yemen, saying that if the money associated with the overnight airstrikes was put into Yemen's economy, it could have saved the country from the current conflict.

Saudi-Led Operation in Yemen to Backfire on Riyadh – Iranian Lawmaker