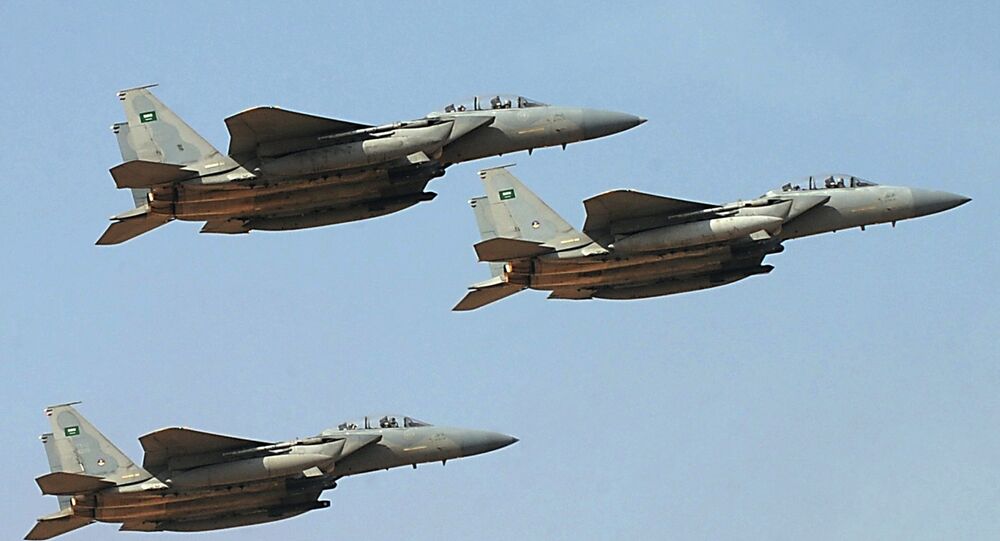 Saudi-Led Operation in Yemen to Backfire on Riyadh – Iranian Lawmaker

A war in Yemen will inevitably spill into the territory of other countries, the Chairman for the Committee for Foreign Policy and National Security of the Iranian Parliament warned.

© REUTERS / Khaled Abdullah
Death Toll Reaches 65 in Coalition's Ongoing Airstrikes in Sanaa
MOSCOW (Sputnik) — War in Yemen against ethnic Houthi militants will backfire on Saudi Arabia and end in failure, Alaeddin Boroujerdi, Chairman for the Committee for Foreign Policy and National Security of the Iranian Parliament, said on Thursday.

On Wednesday, Saudi Arabia announced the launch of a military operation against Houthis in Yemen. Several other nations, including Bahrain, Qatar and Egypt, are participating.

"The smoke from the flames of this war will strike Saudis’ eyes, forcing them to immediately stop this war," Boroujerdi said in a statement as quoted by the Islamic Consultative Assembly of Iran on its news website.

© REUTERS / Khaled Abdullah
Saudi Airstrikes in Yemen Contrary to Int'l Law, Violate Sovereignty - Iran
According to the official, a war in Yemen will inevitably spill into the territory of other countries.

The lawmaker stressed that Saudi Arabia's responsibility for a new war demonstrates that it “does not care about the problems of the Muslim world.”

Boroujerdi called on the Saudi-led coalition to immediately end its military operation, pointing out that the internal political and ethnic tribal disagreements in Yemen can only be solved by diplomatic means.

The Houthi militants had taken control of large areas in Yemen, forcing President Abd Rabbuh Mansur Hadi and his government to resign in late January.

Hadi was under house arrest in Sanaa before he fled to Aden in February, disavowing his resignation.