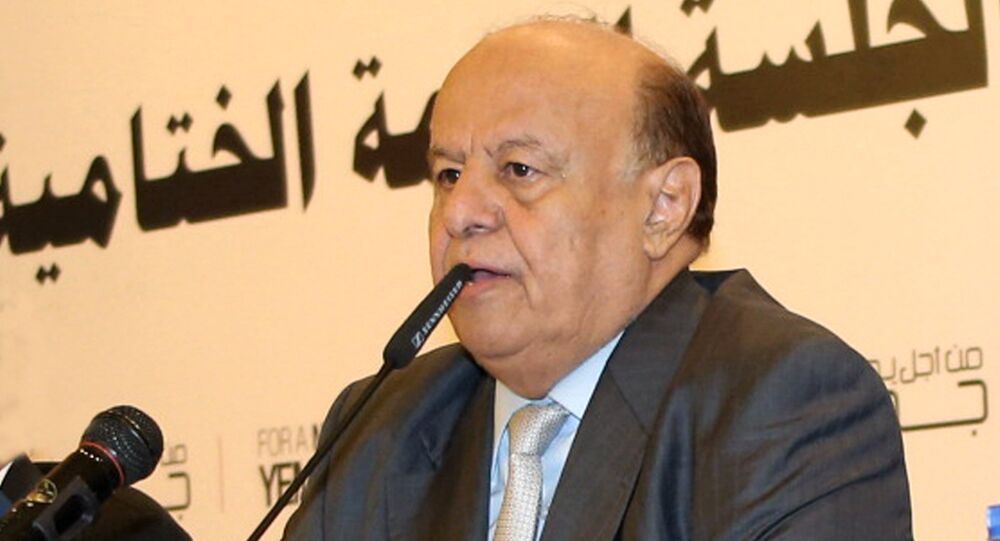 According to the Yemeni foreign minister, President Hadi asked the League of Arab States to provide military aid in order to save the country from "anarchy caused by Houthis."

"We request the League of Arab States immediately take action in order to rescue the country from anarchy caused by Houthis," Yassin said.

Military aid to the government of beleaguered Yemeni President Abd Rabbuh Mansur Hadi and what remains of his government will be discussed by the Arab League on a ministerial level on Thursday, an Arabic diplomatic source told Sputnik on Wednesday.

"Tomorrow, a closed meeting will take place in Sharm el-Sheikh dedicated to this issue on the level of foreign ministers of member states of the Arab League," the source said.

Yemen is torn by military confrontation between Shiite Houthi militia and troops loyal to Hadi, while al-Qaeda militants are making advances in the country's south.

Hadi and his government resigned from power in January following the capture of the presidential palace and government buildings by the Houthis.

In February, the president disavowed his resignation after he had escaped house arrest in the Yemeni capital of Sanaa and fled to the city of Aden.

Earlier on Wednesday, the Yemeni Defense Ministry cited by local media said that the Houthi chiefs announced an offer of $100,000 for the arrest of Yemen's on-the-run president less than one hour after he had allegedly left Aden.