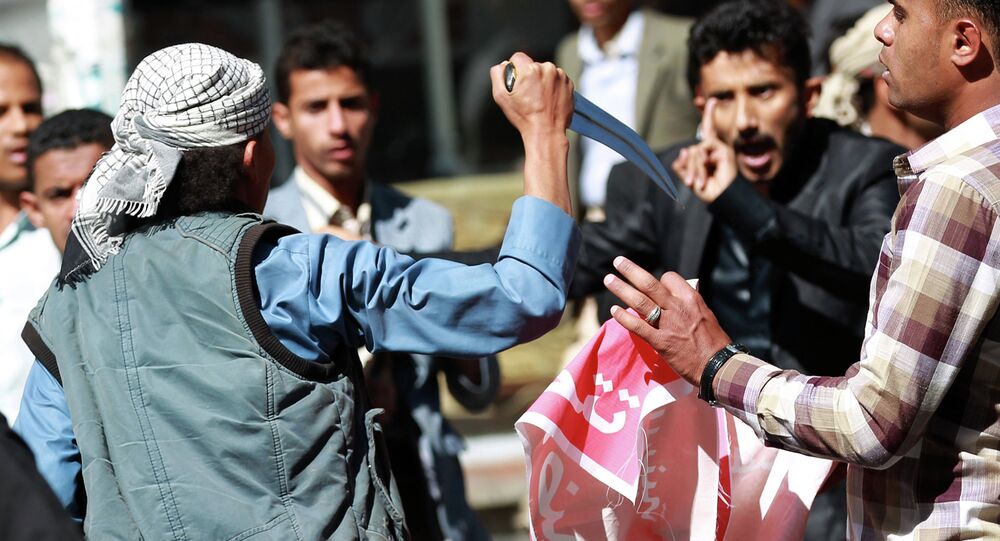 President Hadi is monitoring the situation from the military operations control center in Aden, his press service said refuting rumors of his departure.

"President Hadi is monitoring the military situation in the country from the military operations control center in Aden," the presidential press service said in a statement.

Earlier in the day, a source at the Yemeni government confirmed to Sputnik that Hadi had left Aden for an unknown destination. Some media reports suggested he was heading to the Saudi Arabian capital of Riyadh.

© REUTERS / Mohamed al-Sayaghi
Yemen’s Embattled President Hadi to Call for Arab League’s Help in Egypt
Hadi and his government resigned from power in Yemen in January after the ethnic Houthi group captured the presidential palace and government buildings. The president disavowed his resignation the following month after escaping house arrest in the country's capital of Sanaa and fled to Aden.

Earlier on Wednesday, the Yemeni Defense Ministry cited by local media reported that the Houthi chiefs posted an offer of $100,000 for Hadi's arrest less than one hour after he was alleged to have left Aden.