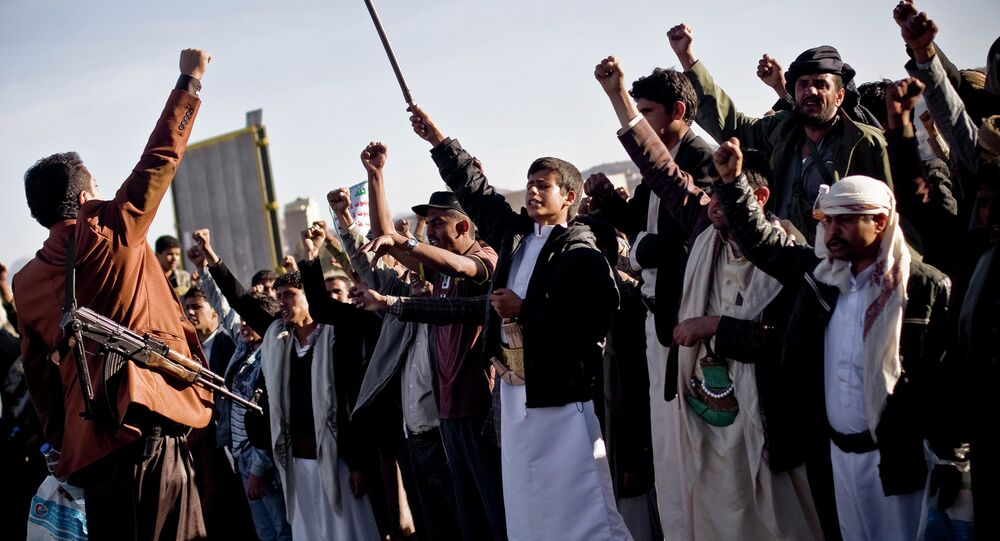 A Yemeni government source confirmed to Sputnik that President Hadi left the city of Aden in southern Yemen to an unknown destination.

© Sputnik / POOL
UN Security Council Adopts Statement Backing Yemeni President Hadi
SANA’A (Sputnik) – The rebel Houthi group has announced a $100,000 reward for the arrest of Yemeni President Abd Mansour Hadi after less than an hour after he had left the city of Aden, the September 26 newspaper that is affiliated with the country’s Defense Ministry reported Wednesday.

“Houthis announce a reward of $100,000 to those who catch and arrest Hadi,” a Defense Ministry spokeswoman said.

A Yemeni government source confirmed to Sputnik that President Hadi left the city of Aden in southern Yemen to an unknown destination, while some sources said he was heading to the Saudi Arabian capital of Riyadh.

President Hadi and the country's government resigned in January after Houthis captured the presidential palace and government buildings.

Hadi retracted his resignation in February after escaping house arrest in Sanaa and fleeing to the southern seaport of Aden.

© REUTERS / Mohamed al-Sayaghi
Yemen’s Embattled President Hadi to Call for Arab League’s Help in Egypt
On Monday, leader of the Houthi movement Abdul-Malik Houthi called for a general mobilization to advance into the country's south in a move aimed against al-Qaeda and similar militant groups.