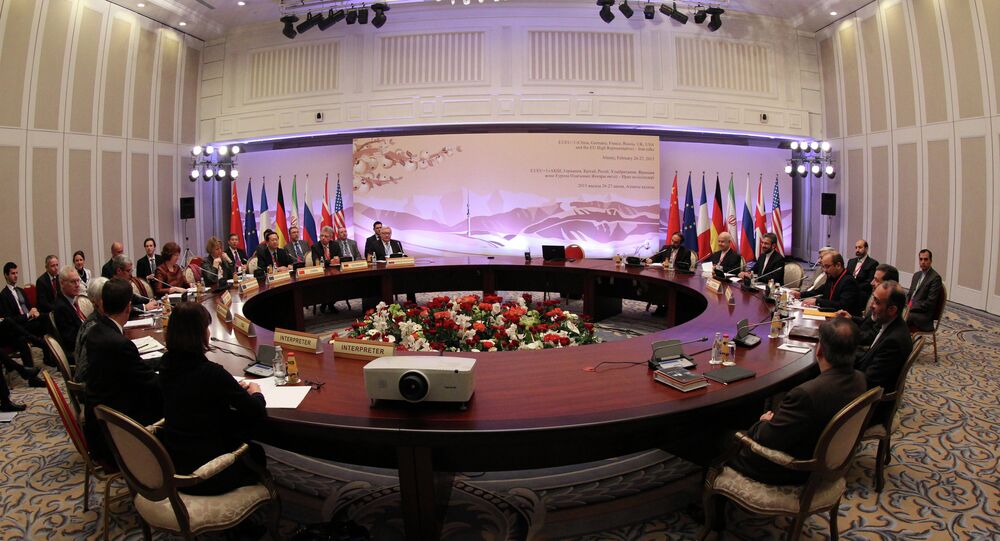 Besides eavesdropping, Israel allegedly has been collecting information from confidential briefings and contacting diplomatic officials and informants in Europe.

The West suspects Iran of developing a weapon under the guise of a civilian nuclear program. The deal would lift international economic sanctions in exchange for restrictions on Tehran's nuclear activities and increased monitoring of its facilities.

According to the newspaper's sources, the spying was a part of Israeli Prime Minister Benjamin Netanyahu's campaign aiming at building a public case against international nuclear deal with Iran.

"It is one thing for the U.S. and Israel to spy on each other. It is another thing for Israel to steal U.S. secrets and play them back to U.S. legislators to undermine U.S. diplomacy," an anonymous senior US official said as quoted by the newspaper.

Besides eavesdropping, Israel allegedly has been collecting information from confidential briefings and contacting diplomatic officials and informants in Europe.

© Sputnik / Valeriy Melnikov
Deadline for Agreement on Iran Nuclear Program Expires by April – Source
The Israeli spying came to light after US intelligence intercepted Israeli officials' communications sharing information that could only have been obtained from the secret talks on Iran's nuclear program.

International talks between the P5+1 group of countries and Iran are facing an end of March deadline to reach an agreement on a political framework of the deal.

Last week, Iran and the six major world powers – Britain, France, China, Russia, the United States and Germany – held another round of negotiations on Tehran's controversial nuclear program. The talks are expected to continue on March 25.

On Saturday, US President Barack Obama said that Washington is waiting for more concessions on the part of Tehran in the Iranian nuclear program dispute, though, stressing that there was a possibility that a final deal with the P5+1 group would be reached soon.

Earlier in March, Netanyahu addressed the US Congress, warning the Washington lawmakers that any concessions to Iran would undermine peace in the Middle East.