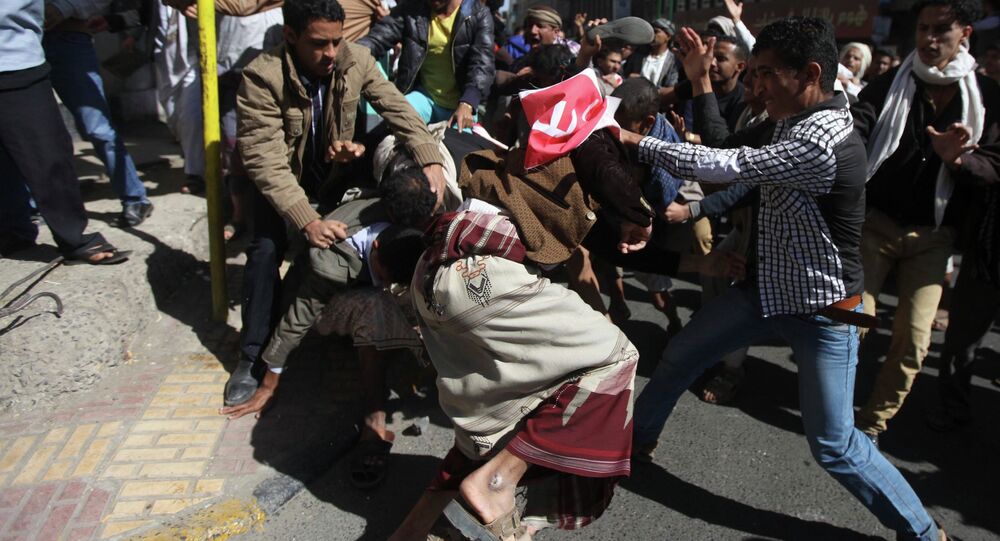 The embattled Yemeni leader, who has been holed up in the southern port city of Aden since he was deposed by Houthi opposition forces last year, is going to call on the Arab Summit for help in the unfolding crisis, Yasin added.

The top Yemeni diplomat said that Hadi earlier urged the United Nations to react to the alarming escalation in Yemen.

"We also expect the UN to establish a no-fly zone over Yemen to prevent Houthis from bombing cities and smuggling weapons through domestic airports," the country's foreign policy chief stressed.

He also ruled out that internationally-backed President Hadi would ever consider fleeing the country due to escalating Houthi violence.

© REUTERS / Mohamed al-Sayaghi
Extremists Execute Over 25 Yemeni Servicemen – Security Source
"The President is in Yemen, in a safe place in the capital, which is the city of Aden. He is fulfilling all his duties, meeting officials and ambassadors as he did before," Yasin explained.

Last week, President Hadi and his government made the country's second biggest city Aden a new capital, after rebels seized Sanaa in September 2014.

Tensions have been building in the country since last August when a massive Houthi rebellion swept the country. On Sunday, Houthis captured the central city of Taiz on the road to Aden.