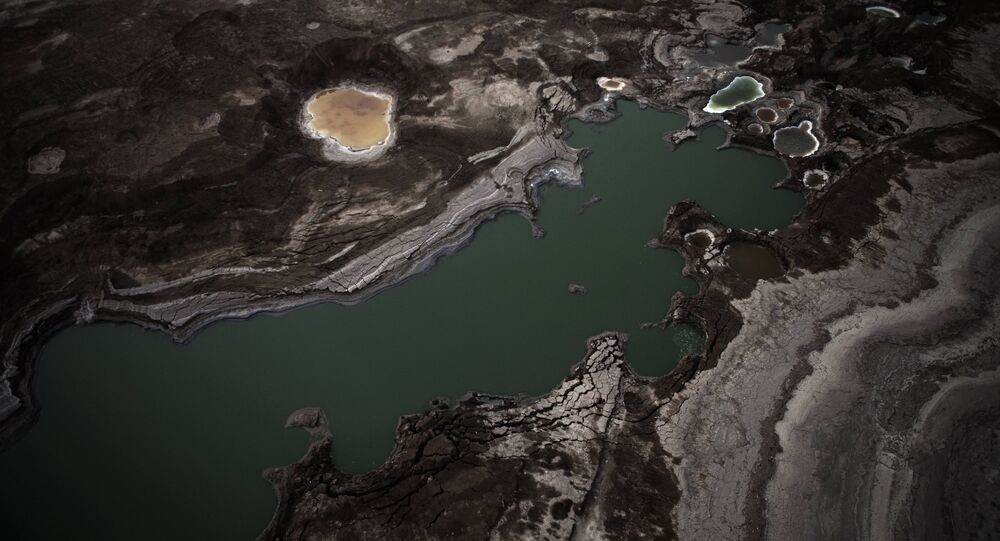 Nearly 3,000 sinkholes have appeared along the coast of the Dead Sea within the past 30 years, concerning scientists as well as local officials who are afraid that the region's homes and infrastructure will sustain damage.

Environmentalists are alarmed by the speed of emergence of new sinkholes around the Dead Sea, which pose a great threat to the neighboring area.

There are now more than 3,000 sinkholes on the banks of the Dead Sea. Yet it is not only the number that terrifies the environmentalists, but the pace at which they are appearing.

At 429 meters below sea level, the Dead Sea, also known as the Salt Sea, remains the Earth’s lowest elevation on land.

"They could develop overnight. Or over time," Gidon Bromberg, the Israeli Director at EcoPeace Middle East told ABC News. "Making them unpredictable. And very dangerous."

These cavities are appearing as a result of the gradual evaporation of the salty lake. As the sea recedes, it leaves behind large salt pockets. While initially these are firm, over the years, the salt dissolves due to the flow of rain, groundwater and rivers, creating a cavity underneath the ground.

What is even more fearsome is that several sinkholes can merge together, producing giant, gaping craters.

Already back in 2005, Gidon Bromberg warned that sinkholes may swallow a portion of road, date-palm fields and several buildings on the sea’s northwest coast. Environmental experts believe that hotels along the shore are also in danger.

“The good news is that if you get swallowed by a sinkhole, they name it after you,” Bromberg then said.

Now the environmentalist says that these sinkholes are a direct result of the inappropriate mismanagement of water resources in the region, calling the ongoing process “nature's revenge”.

Long ago, the Dead Sea (which is actually a lake) split off from a larger water mass, and it has existed in its present form for the past 18,000 years. However, since the 1950s, Israel and Jordan have diverted the flow of the Jordan River, turning a once powerful flow into a trickle, full of sediment.

As a result, the Dead Sea is 800 million cubic meters short of water each year, and its level has fallen 40 meters.

Jordan and Israel, the countries which border the sea, seem to have found the solution. Last month the two signed a $900 million deal that will see a desalination plant built at the edge of the sea, which will have water pumped into it via a canal from the Red Sea.

It however remains to be seen if the project, which has been approved by the World Bank, will significantly curb the deterioration, and if the100 million cubic meters of wastewater it plans to pump into the lake will be enough.