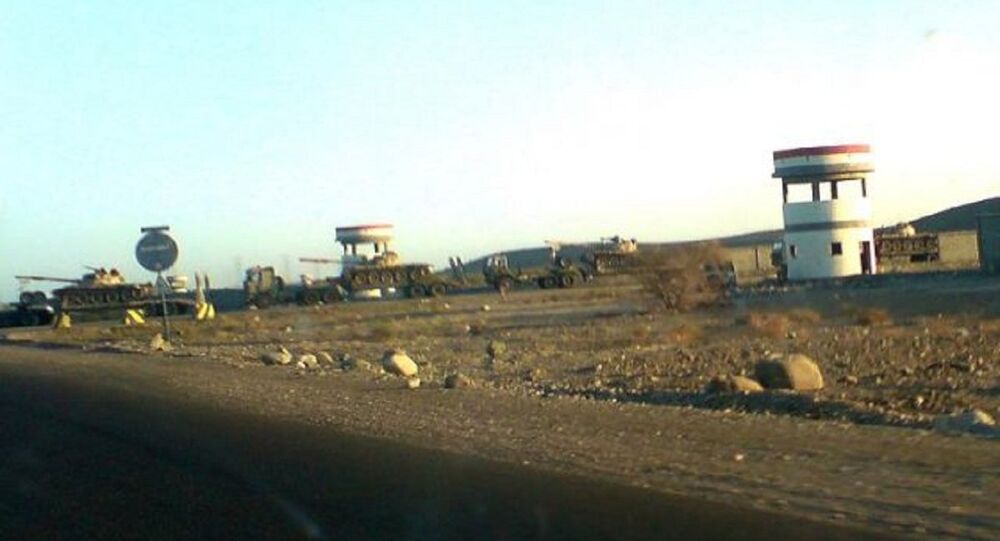 US troops have been evacuated from an airbase in southern Yemen as the security situation in the country continues to deteriorate, AFP reports, citing unnamed Yemeni military sources.

© REUTERS / Yaser Hasan
Military Aircraft Hit Yemen President Residence With More Airstrikes
About 100 US military personnel, including Special Forces commandos, have been evacuated from the Al Anad air base near the city of al-Houta in the Lahij Governorate, following that city's brazen seizure by fighters from al-Qaeda in the Arabian Peninsula, AFP reports.

CNN has reported that the evacuating personnel constitute the last American forces stationed in the country, torn by sectarian violence.

The troops left late Friday for an "unknown destination," a military source at the base told AFP. Elements of Yemen's anti-terrorist forces trained by US forces have also been evacuated, the source added.

The US and several European countries closed their embassies in Yemen last month amid the deteriorating security situation.

At least 30 people were killed Friday in Lahij in fighting between security forces and armed groups believed to include both al-Qaeda and separatist forces.

On Friday, at least 150 people were killed and over 350 wounded after four suicide bombers blew themselves up in two Shiite mosques in the capital of Sanaa, over 300 km north of al-Houta. Local politician Fuad Musaad told Sputnik that in addition to the suicide bombers, attackers used a car bomb. Among the dead were three high-ranking Houthi leaders, among them Al-Murtadha Bin Zaid Al-Muhatwari, an imam considered to be the spiritual leader of teh Houthi movement.

Power in Yemen is currently in the hands of the Shiite Ansar Allah militias. In late January, Yemeni President Abd Rabbuh Mansur Hadi and the country's government resigned after the militias captured the presidential palace and government buildings.

On February, 6 Houthis dissolved the Yemeni parliament and created a presidential council in a "constitutional declaration."