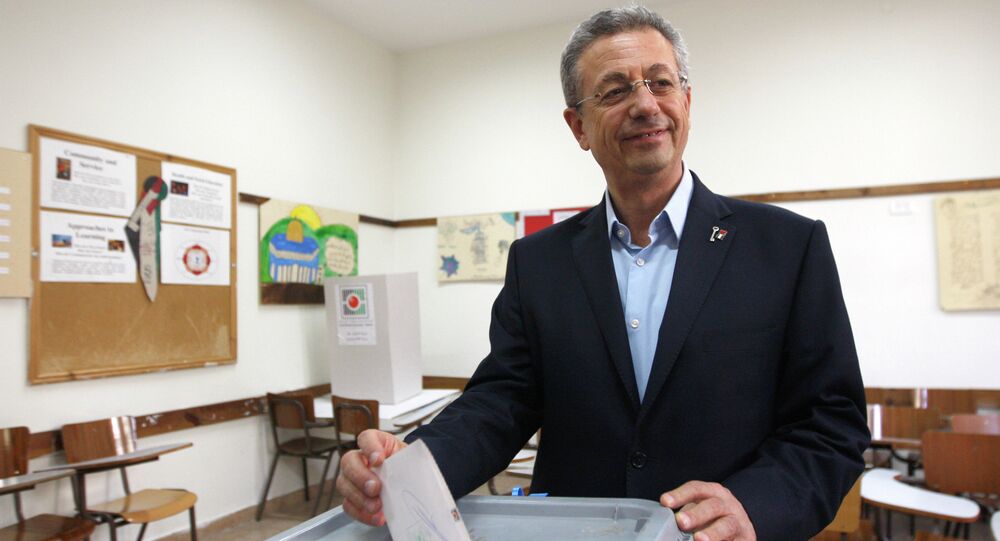 The Palestinian National Initiative (PNI) party leader Mustafa Barghouti said that Israel is actually moving towards the establishment of the apartheid system with a racial discrimination against Palestinians.

© AP Photo / Ariel Schalit
Palestinians Should Change Tack on Statehood Bid, Team Up Against Israel
MOSCOW (Sputnik) — The newly-elected Israeli government may become the most extreme in history and move toward establishment of the apartheid system, discriminating against Palestinians, a top official from the Palestinian National Initiative (PNI) party told Sputnik.

“It looks like Israel is actually moving towards the establishment of the apartheid system with a racial discrimination against Palestinians. The new Israeli government will be the most extreme, most nationalist in the history of Israel,” PNI Secretary-General Mustafa Barghouti said.

He added that the fact that Israeli Prime Minister Banjamin Netanyahu's right-wing party won in the parliamentary elections means that the country is moving toward "severe radicalization."

The Israeli-Palestinian conflict dates back to the 20th century. Palestinians seek the creation of an independent state on the territories of the West Bank, including East Jerusalem, partially occupied by Israel, as well as on the Gaza Strip. Palestinians have designated Jerusalem as its capital and called on Israel to withdraw from the Palestinian territories it took after the 1967 war.