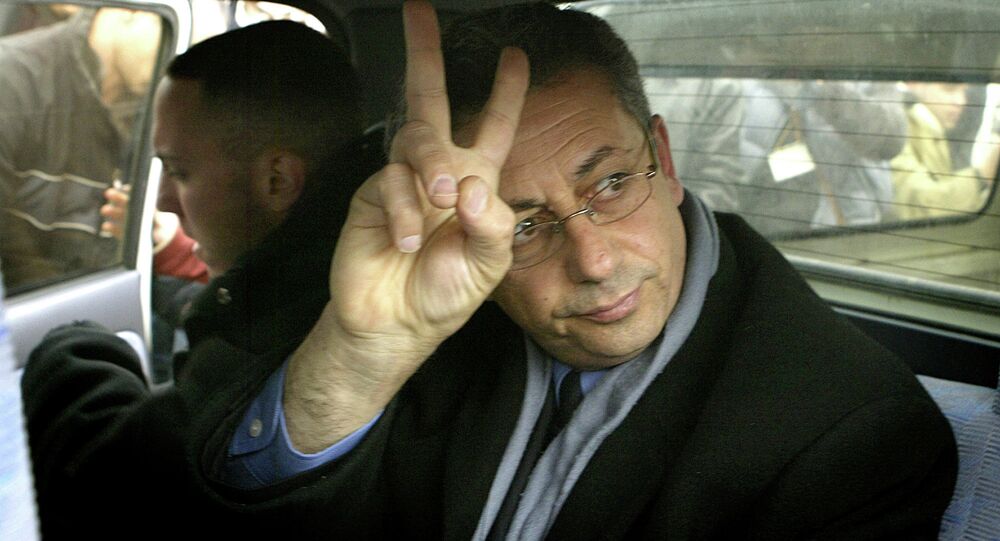 Palestinians Should Change Tack on Statehood Bid, Team Up Against Israel

Mustafa Barghouti, Secretary-General of the Palestinian National Initiative (PNI) party, said that the least what the United States and European countries can do is to immediately recognize the independent Palestinian state with the capital in Jerusalem.

© AP Photo / Majdi Mohammed
Palestine Ready for Third Intifada Against Israeli Occupation – Official
MOSCOW (Sputnik) — Israel's opposition to a Palestinian state can be overcome through a combined effort of Palestinian political forces, international sanctions and diplomatic pressure from all countries, the leader of a major Palestinian party told Sputnik on Saturday.

"Changing the balance of power can be done only through the combination of nonviolent resistance, international sanctions against Israel… and also through Palestinian internal union and conduction of wide diplomatic resistance policy," Mustafa Barghouti, Secretary-General of the Palestinian National Initiative (PNI) party, said.

Other ways of pressuring Israel into accepting a two-state solution – which envisages peaceful coexistence of sovereign Israeli and Palestinian states – include taking Israel to the international criminal court and asking other countries to back Palestinians' statehood bid, he said.

"The least what the United States and other European countries can do is to immediately recognize the independent Palestinian state with the capital in Jerusalem," Mustafa Barghouti emphasized.

© AFP 2021 / THOMAS COEX
Halting Security Ties With Israel May Undermine Stability - Palestine Envoy
This comes after Israeli Prime Minister Benjamin Netanyahu declared in his pre-election campaign earlier this week there would be no independent Palestinian state on his watch, prompting accusations of racism from Palestinians. He has since backed off on this claim in an interview with MSNBC broadcaster.

Barghouti acknowledged that Palestinian leadership's policy of acting based on "hopes for the future negotiations and on [UN] Oslo peace accords" has failed dramatically. The lawmaker said his alternative approach, specifically international sanctions, was successful in dismantling the South African apartheid regime in 1990 – and can work again for Palestinians.

Palestinians have been seeking the creation of an independent state on the territories of the West Bank, including East Jerusalem, since 1967. The initiative has hardly inched ahead due to Israel's continued resistance.