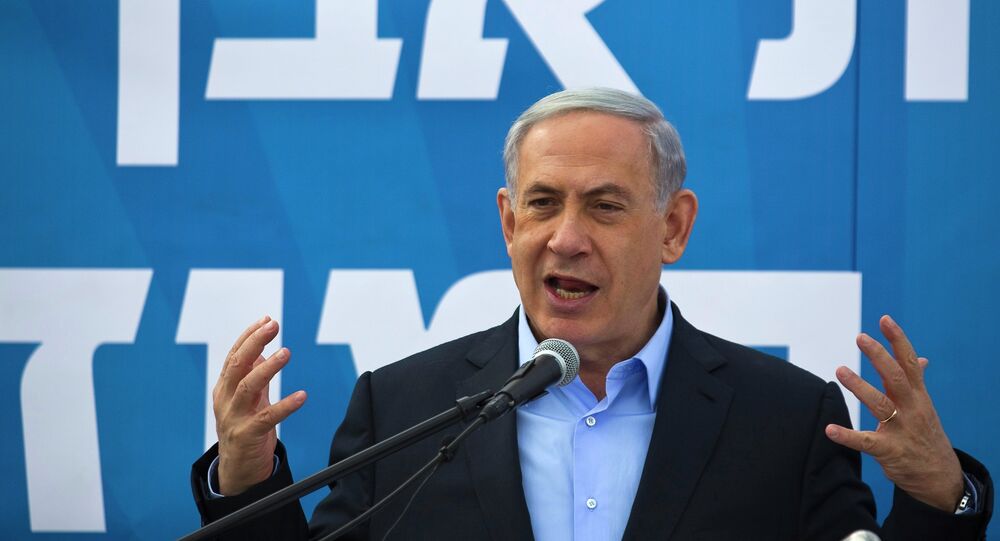 Benjamin Netanyahu's Likud Party seems to be losing the elections. "We're in a fateful campaign," said the current Prime Minister.

“We’re in a fateful campaign. There is still a meaningful gap between Labor and Likud. The only way to shrink the gap is to go to the ballot box and vote ‘Mahal',” Netanyahu said referring to the symbol of Likud as quoted by The Times of Israel.

© AP Photo / Ariel Schalit
Israeli Elections: Closer Look at Main Parties Running for Seats in Knesset
According to Netanyahu, the left-wing Zionist Union is leading due the fact it has the support of foreign governments.

“The gap between Labor and Likud is based primarily on foreign funds that flow in vast quantities to leftist NGOs. Its purpose is to replace a Likud government headed by me with a left government supported by the Arab list,” he said.

The current national elections in Israel will determine the composition of the new Knesset, Israel's parliament, and of the government established by these results.

According to the latest opinion polls, the prime minister's party has a good chance of losing the elections to the center-left Zionist Union, political alliance of the Israeli Labor Party and Hantuah, taking 22 seats versus the Union’s 26.

Joint List, an alliance of Israel's four Arab-dominated parties, is expected to take up to 14 seats in Knesset.

Netanyahu Vows to Prevent Creation of Palestinian State, if Reelected