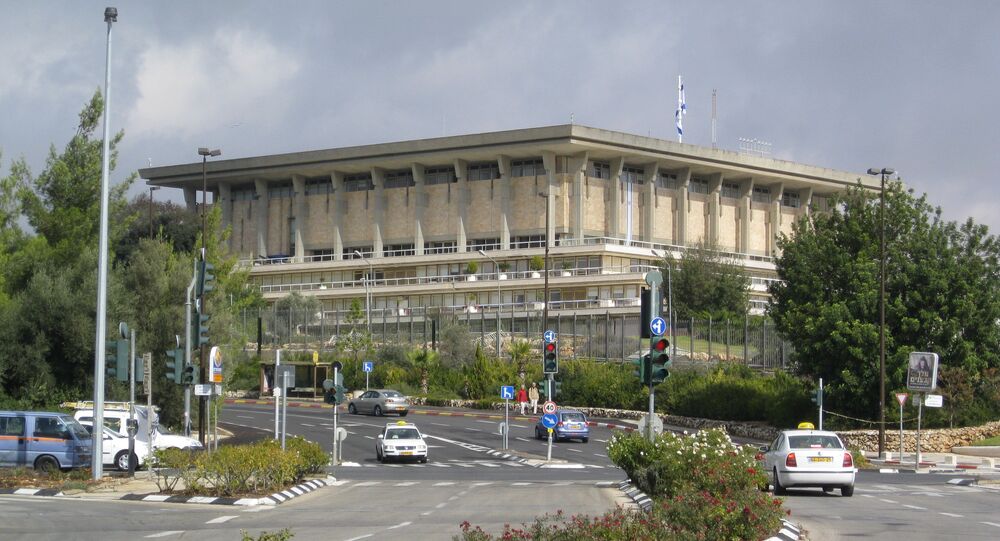 Arab Alliance to Support Any Pro-Peace Party After Israeli Election

Israeli occupation is not only a burden for the Palestinian people, but has a negative impact on the Israeli economy and the country's budget, Joint List candidate Dr. Abdullah Abu Marouf told Sputnik.

The Arab alliance is committed to peace and equality, he said. "This is our main position and it does not change. We are against the right-wing camp and specifically against Netanyahu and his party."

Netanyahu ruled out the establishment of a Palestinian state if he wins Tuesday's election. Palestinians seek an independent state on territories occupied by Israel in 1967, including the West Bank and the Gaza strip.

© REUTERS / Sebastian Scheiner/Pool
Israelis Head to Voting Polls As Netanyahu Seeks Reelection
"We are fighting with all our might for him to leave and not head the government," Marouf told Sputnik.

The aspiring parliamentarian expressed skepticism towards the leftist Zionist bloc as well, but stressed that his alliance is ready to support any winning party if it shows a will to work towards achieving peace and ending occupation on the basis of UN resolutions.

Israeli occupation is not only a burden for the Palestinian people, but has a negative impact on the Israeli economy and the country's budget, he added.

Marouf also lashed out against Israeli media, which, he said, "are deliberately ignoring us and our work."

"Local media only show us when we are talking about problems of peace with Palestinians," he said, noting that the Arab-dominated parliament parties have managed to get through some fifty laws in other fields, including health, environment and education.

© AP Photo / Cliff Owen
Netanyahu Vows to Prevent Creation of Palestinian State, if Reelected
Addressing a highly controversial draft bill seeking to define Israel as the nation state of the Jewish people, Marouf stated that his bloc is "absolutely against it."

"We know that one of the main reasons Netanyahu was forced to go to elections was the fact that he was unable to ratify the law, because we fought against it. Our fight is not over and [the law] will never be passed. We want full equality and dignity for the Arab residents of Israel, and therefore we are against a Jewish nation state," he explained.

YOUTUBE/chucknorris
Chuck Norris Comes to Bibi’s Rescue as Israel Vote Comes Down to the Wire
Marouf's communist party and its Joint List allies have for many years worked for peace between Israelis and Palestinians, he told Sputnik, and will continue their efforts after the elections.

Early elections for the 20th Knesset, Israel's parliament, are currently taking place in the country.

The main rivals are the Likud party, headed by current Prime Minister Benjamin Netanyahu, and the opposition Zionist Union, led by Isaac Herzog. The Joint List is expected to come in third.