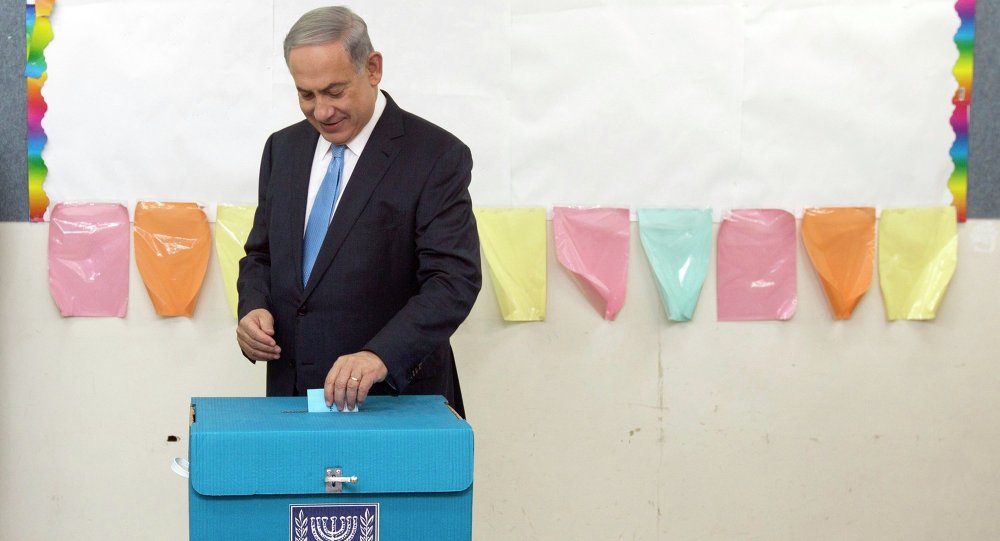 YOUTUBE/chucknorris
Chuck Norris Comes to Bibi’s Rescue as Israel Vote Comes Down to the Wire
TEL AVIV (Sputnik), Svetlana Alexandrova — The national elections in Israel are hold to determine the composition of the new parliament, the Knesset and of the government to be established based on these results.

Israel is a parliamentary democracy which means that the Prime Minister, who heads Israel’s government, is chosen from among the members of the newly-elected Knesset, Israel’s parliament.

© AP Photo / Ariel Schalit
Israeli Elections: Closer Look at Main Parties Running for Seats in Knesset
Some 5,881,696 million eligible voters started heading to the polls to cast their ballots and to determine the future direction of their country.

According to the law, 120 Knesset seats will be assigned in proportion to each party's percentage of the total vote. However, the minimum required threshold for a party to be represented in the Knesset is currently 3.25 percent of the total votes cast.

Voting for the 20th Knesset officially began on Sunday, with the first to cast their ballot being Air Force officers who voted before flying abroad as part of their duties. Thousands of soldiers voted before the evening.

Election day is a holiday in Israel. In order to enable all potential voters to cast their ballots, free public transportation will be available to those who happen to be outside their polling districts on this day.