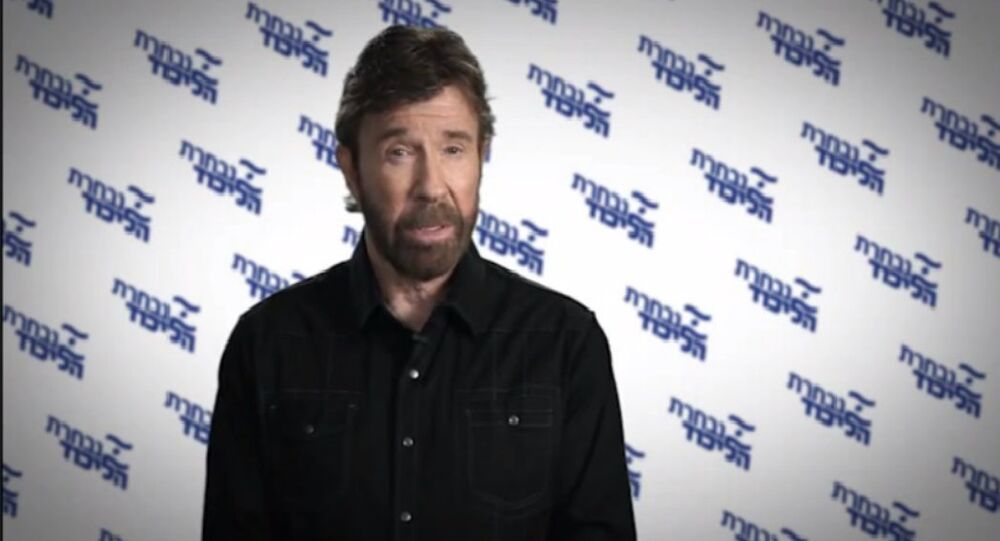 The 75-year-old actor declared his support with a video message for the incumbent Netanyahu, whose center-right Likud party is trailing in the polls against center-left Zionist Union, headed by former Minister of Justice Tzipi Livni and attorney and politician Isaac Herzog.

“I watched Prime Minister Netanyahu’s speech before Congress, and I saw a man who loves his country with all his heart and soul. I also saw a strong leader that is absolutely crucial for the safety of the Israeli people,” Norris said in the video

“I have done three movies in Israel — Delta Force being my favorite — and I formed many friendships while there. You have an incredible country, and we want to keep it that way.”

"We the American people need Prime Minister Netanyahu as much as you do. Weak leadership can destroy your country and then the evil forces can concentrate on America, too," he said.

So I ask you, please, for the sake of Israel and the whole Middle East, vote for Prime Minister Netanyahu on election day."

Polls open Tuesday, though neither Likud nor Zionist Union are expected to earn more than a quarter of the votes, meaning the election will be followed by a lengthy negotiation process to form a coalition government, according to the Associated Press.