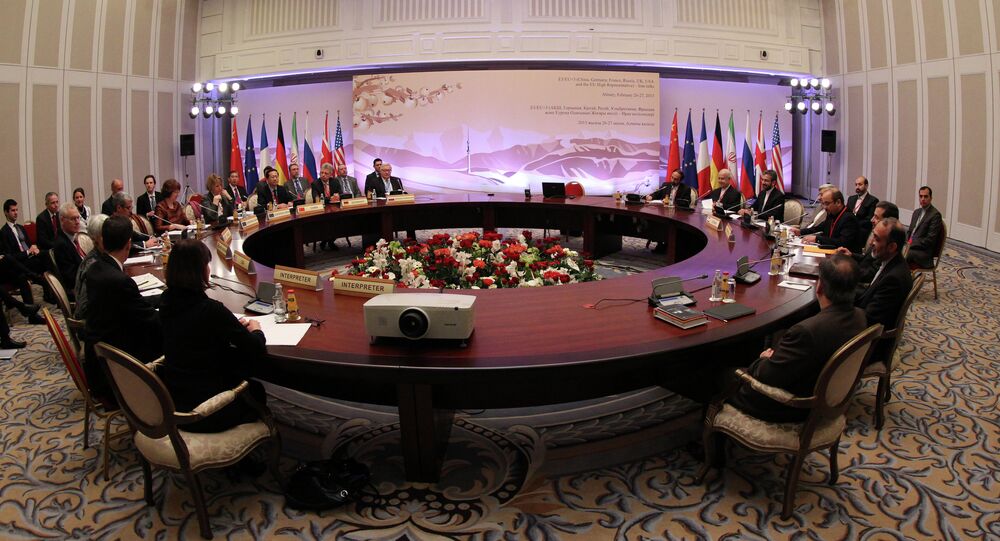 Saudi Arabia is against the idea of Iran having nuclear technology, as the process will carry the risk of nuclear proliferation in the Middle East.

© AP Photo / Str/HO
Saudis to Allow Israeli Jets Airspace for Strikes on Iran – Report
Iran and six world powers (P5+1 group), including the United States, Russia, China, France, Britain and Germany, have been trying to reach a deal guaranteeing the peaceful nature of Tehran's nuclear program. In return, Tehran wants the West to suspend part of the economic sanctions imposed on Iran on suspicion that it was trying to cover up its development of a nuclear weapon from the international community.

"If Iran has the ability to enrich uranium to whatever level, it's not just Saudi Arabia that's going to ask for that. The whole world will be an open door to go that route without any inhibition, and that's my main objection to this P5+1 process," Prince Turki Faisal, a senior member of the Saudi royal family, said.

© AFP 2021 / ATTA KENARE
Iran Hopes to Resolve Differences With US at Next Round of Nuclear Talks
The UN sanctions prohibit nuclear cooperation and arms trade with Iran, as well as international investments into the Islamic republic's gas, oil and pharmaceutical industries.

On March 11, Washington prolonged its economic restrictions on Iran, although US President Barack Obama noted the progress made in negotiations between Iran and the P5+1 group.

In November, 2014 the six powers and Iran failed to reach the anticipated nuclear agreement and extended the deadline till July, 2015.The parties also hope to reach a political framework agreement by the end of March.

US Shifts Policy From Preventing Nuclear Iran to Containing It - Netanyahu