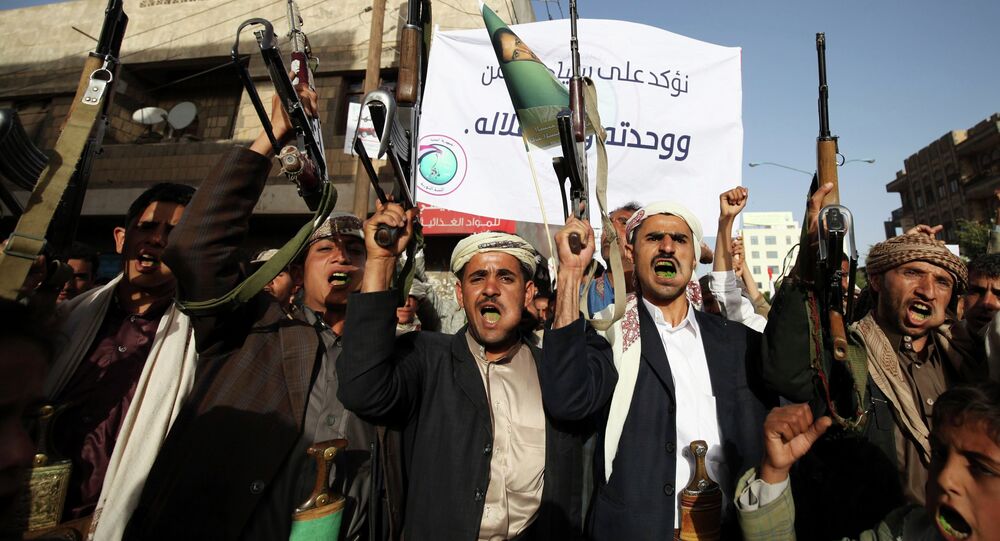 MANAMA (Sputnik) — Yemeni politicians from across the political spectrum on Saturday announced the creation of a national salvation alliance to oppose Houthi militia, who seized power in the country last year, Bahraini newspaper Al-Wasat reports.

"The new political alliance has united several parties. Its goal is to prevent Yemen's disintegration, build a democratic federal state and oppose armed groups whatever side they are on," Manea al-Matari, one of the movement's leaders, was cited as saying.

The Houthis, the main opposition force in Yemen, have been protesting against tribal injustice on the part of the Yemeni government. In September, they seized the nation's capital Sanaa and swept several cities, toppling the government and forcing President Hadi to step down. The president fled to the south and resumed his duties.

The turmoil has created a power and security vacuum in the country, with the United Nations calling on all parties to resolve their differences through dialogue and reject acts of violence to achieve political goals.