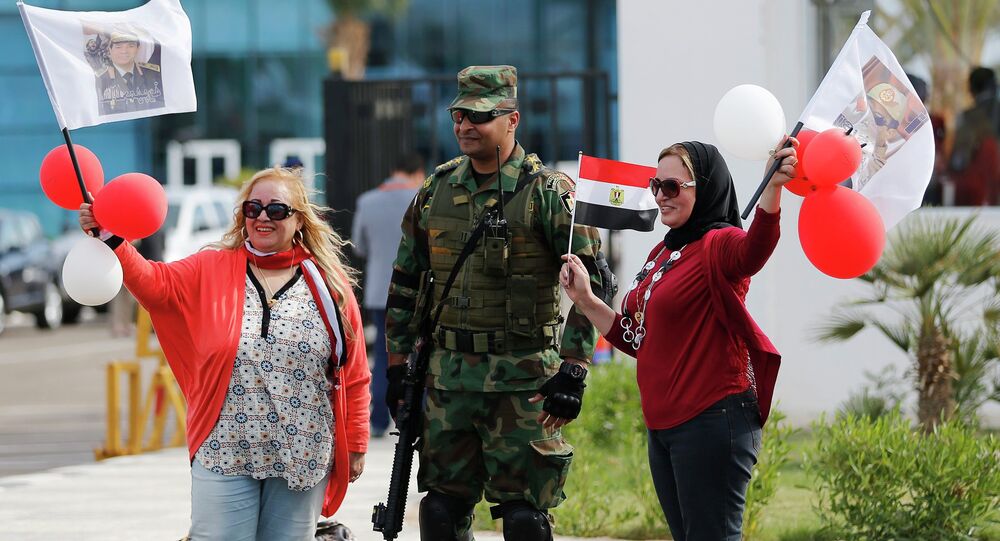 Egypt Raises Over $30Bln in Investment During Economic Conference

The three-day international economic conference kicked off on Friday in the country's resort city Sharm El-Sheikh. Its aim is to strengthen the country's economy by drawing foreign investors.

"We can now say that by the end of the second day of the forum, the amount of investment in the Egyptian economy will be more than $30 billion," Ashraf Arabi told RIA Novosti.

The Minister also noted that it is expected the raised funds will significantly improve the living standards of the Egyptians by 2019, most of whom live below the poverty line.

© REUTERS / Amr Abdallah Dalsh
Egypt Presents Ambitious Capital City With $45 Billion Price Tag
At the opening of the conference on Friday, Saudi Arabia, the United Arab Emirates (UAE) and Kuwait pledged to donate Egypt a package of economic aid totaling $12 billion, while Oman announced the allocation of $500 million to Cairo in the next five years. Major multinational companies such as British BP, Italy's ENI and Germany's Siemens said they also intended to invest a total amount of $25 billion.

On Saturday, the Egyptian government and investment company from the UAE, Gulf Investment Corporation concluded a deal on construction of a new administrative capital of Egypt in the country's east.