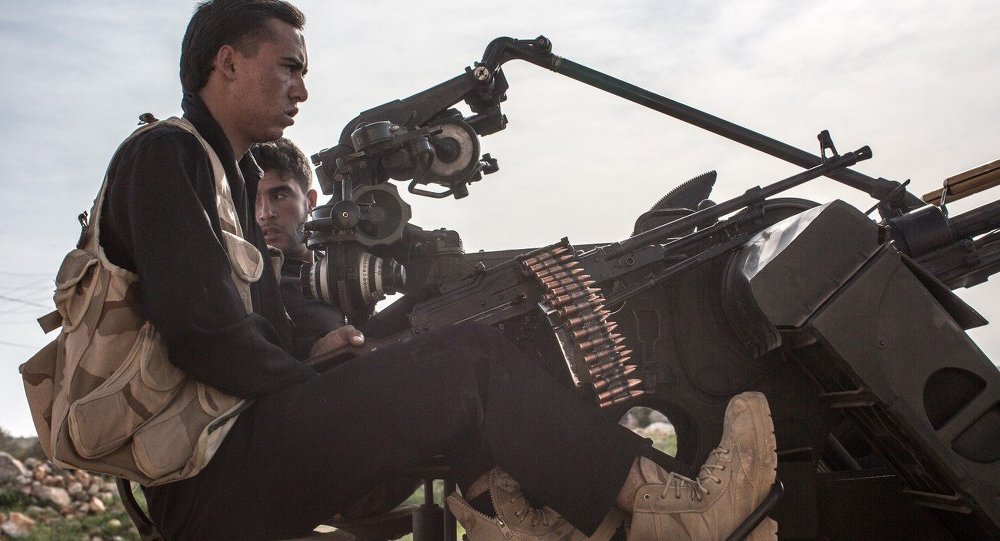 The United States will provide nearly $70 million in new non-lethal assistance to the Syrian opposition, according to the statement of US Department of State.

© AFP 2019 / AMC / FADI AL-HALABI
US to Send 400 Trainers, Hundreds Support Staff to Aid Syrian Opposition
WASHINGTON (Sputnik) — The United States will provide about $70 million in non-lethal assistance to the Syrian opposition, the US Department of State announced in a statement on Friday.

“The US Department of State is working with Congress to provide nearly $70 million in new non-lethal assistance,” the statement read. “[W]ith this additional funding, the United States will have committed nearly $400 million in assistance that supports the Syrian opposition since the start of the [2011] revolution.”

The assistance will include about $30 million to enable the opposition and local governments to provide “basic services and governance” to communities, while supporting Damascus’ civil defense workers who work as emergency first responders, according to the statement.

© REUTERS / Hosam Katan
US & Turkey Sign Deal to Train Syrian Rebels
Additional $25 million will be provided to support “vetted units of the armed opposition” to aid their operation capabilities against the Syrian President Bashar al-Assad regime as well as extremists groups.

The State Department said it will also provide support to document war crimes, human rights violations and abuses by the Syrian regime, as well as armed and extremist groups in Syria, in order to facilitate accountability.

“Looking ahead, these efforts will help inform future reconciliation initiatives and engender a lasting peace.”

The US non-lethal assistance is also intended to support activists, civil society members, journalists and other opposition actors.

Former Russian Ambassador to Damascus to Meet with Syrian Opposition

Turkey, US to Sign Agreement on Training, Equipping Syrian Opposition