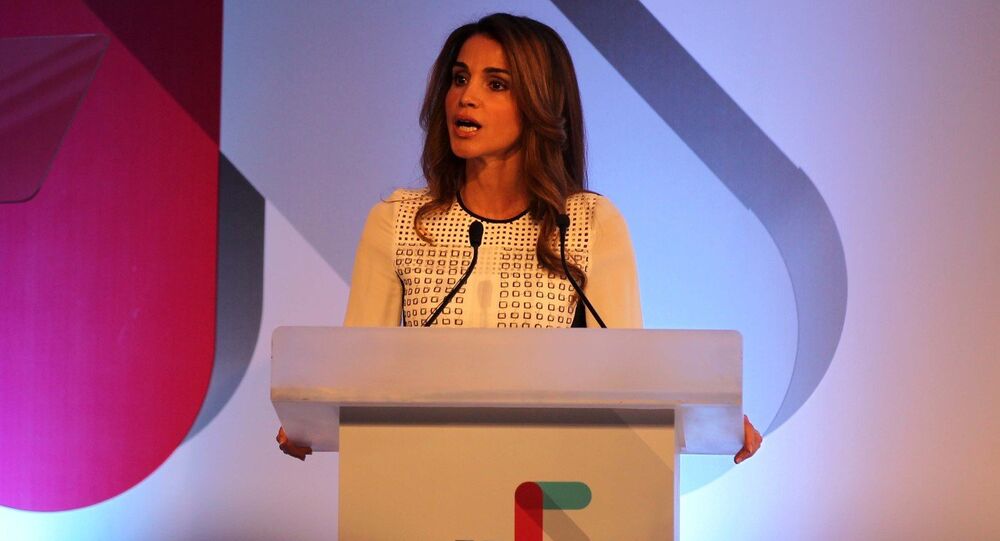 Queen Rania of Jordan referred to Islamic State as a "bunch of crazy people" calling on ISIL to remove "I" from its name, and disassociate itself from Islam which they falsely represent.

© AP Photo / Brendan McDermid,Pool
Islamic State Fighting 'A Third World War' - Jordan’s King Abdullah
The Jordanian queen asked the international community to move their focus away from the religious claims of the Islamic State militants, as doing so gives them false legality. She said Islamic State tries to be associated with Islam in order to justify their acts and push forward the organization's recruiting effort.

She suggested that the war against ISIL should be led by Muslims and Arabs with the international community in a supporting role as opposed to the current US-led coalition airstrikes.

The Jordanian queen further said the extremists are trying to "divide the world along fault lines of religion and culture," causing many in the West to adopt stereotypes against Muslims. "This is a fight between the civilized world and a bunch of crazy people."

She asked the Muslims from around the world to unite and defend their way of life.