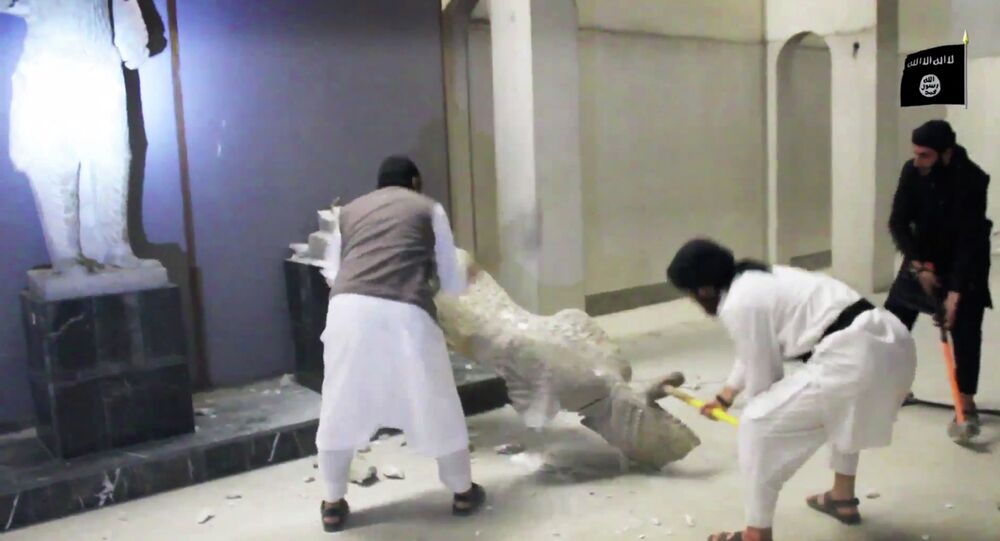 Yet another page of Iraq's rich and diverse cultural heritage has been erased forever.

Archaeologists, high ranking officials and experts condemned the Islamic State for destroying the ancient Assyrian city of Nimrud, as the brutal group prepared to raze the city of Hatra, a UNESCO World Heritage Site also located in northern Iraq.

UNESCO Director General Irina Bokova compared the destruction of cultural heritage to a war crime, adding that Islamic State actions amount to "cultural cleansing". Nimrud's destruction "is yet another attack against the Iraqi people, reminding us that nothing is safe from the cultural cleansing underway in the country: it targets human lives, minorities, and is marked by the systematic destruction of humanity's ancient heritage," Bokova said.

Nimrud: The deliberate destruction of heritage is a war crime. We have alerted @UN Security Council & @intlcrimcourt http://t.co/6ksXXysZYL

UNESCO Director-General condemns the destruction of Nimrud, an attack against the Iraqi people http://t.co/qMiew7AZpy pic.twitter.com/di78Alfl50

Famous for its frescos and antique relics, Nimrud was founded over 3,300 years ago. It was once the capital of the mighty Assyrian empire. Islamic State militants allegedly looted the city, located to the south of Mosul, before leveling it with bulldozers on March 5. A week earlier, they used sledgehammers and power drills to destroy precious Assyrian art in Iraq's second largest museum in Mosul.

"These depraved acts are an assault on the heritage of the Iraqi and Syrian people by an organization with a bankrupt and toxic ideology," US Department of State Secretary John Kerry said in a statement. Islamic State militants claim that ancient relics promote idolatry and thus must be destroyed. Not every piece of ancient art shares this fate. Extremists sell some cultural objects on the black market.

Horrible news from Nimrud today. Sickens me that some Iraqi's sold their country to foreigners who disrespect our history like this…

After all the human tragedy, seems misplaced to mourn equally for a site but Nimrud was magical. Its treasures one of the great #Iraqi finds

"The destruction of Nimrud is a big loss to Iraq's history," Qais Mohammed Rasheed, the deputy tourism and antiquities minister, told the Associated Press. "The loss is irreplaceable."

Many archaeologists and historians say that the Islamic State has set its eyes on the 2,000-year-old city of Hatra, a UNESCO World Heritage Site, as the next target. According to unconfirmed reports on social media, Hatra's destruction is currently underway. If true, this would mean that yet another page of Iraq's rich and diverse cultural heritage will be erased forever.

Pictures from the ancient city of #Hatra that was bulldozed by #ISIS earlier today pic.twitter.com/gB83HFPQ1v

Reports coming in that only 2 days after #ISIS bulldozed #Nimrud, they have now begun destroying ancient city of #Hatra