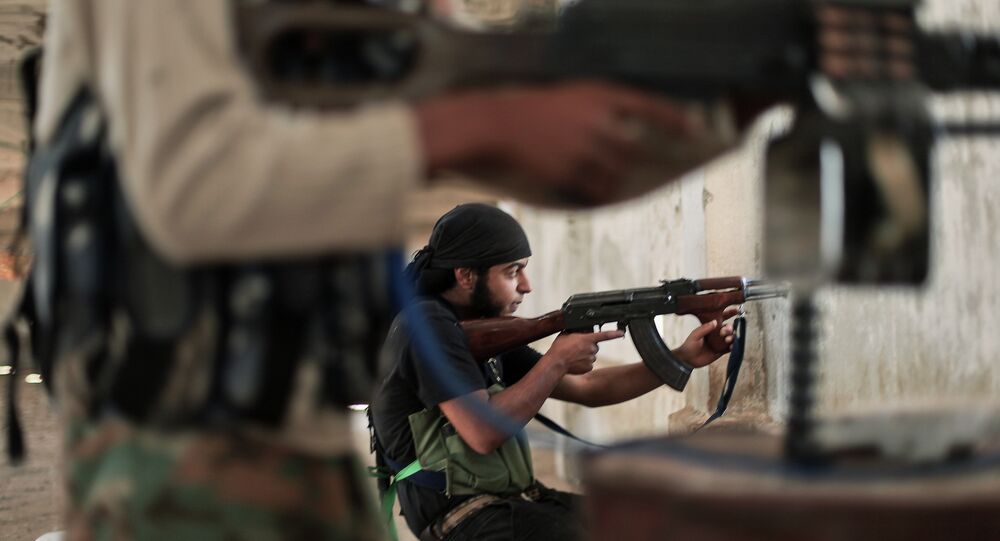 In February, the IS Sharia Council allegedly headed by 30-year-old Bahrani scholar Turki al-Bin’ali issued a set of more than 70 official fatwas addressed to ISIL residents.

“It is permissible to transplant the healthy organs of the body of an apostate to the body of a Muslim, in order to save the latter's life or improve his condition if he has lost organs,” Jihadica cited one of the IS fatwas.

Photo released by the Islamic State
ISIL Claims Suicide Bomber 'From America' Attacked Iraqi Troops
The same fatwa permits ISIL residents to take organs “whether or not the apostates are alive or already dead, and whether or not doing so results in their death.”

Thirty-two out of the seventy ISIL official fatwas were photographed and posted on Twitter by an ISIL militant calling himself Abu ‘Umar al-Masri who allegedly lives in the Iraqi city of Raqqa. They were translated from Arabic into English by the Brookings Institution fellow William McCants, editor of the Jihadica portal.

The ISIL fatwas are written in a question and answer format. The vast majority of them cover issues of travel, women, games and taxation. The fatwas disapprove of gambling, as well as put a ban on traveling to “the land of disbelief,” which suggests that ISIL residents cannot leave ISIL-controlled areas.

The fatwas allow ISIL residents to play football, albeit under some conditions which include a ban on gambling and cursing.

© AP Photo / Sebastian Scheiner
Islamic State of Social Media: Fueling the Jihad
Among other Sharia rules are those permitting women to carry AK-47 rifles beneath clothes and forbidding men to wear garments below the ankles or to sell counterfeit goods without acknowledging that they are fakes.

ISIL regulations also demand ISIL residents to hand over one fifth of their money to ISIL officials and to confiscate agricultural holdings belonging to non-believers.

ISIL militant groups control large areas in Iraq and Syria. They receive recruits from all over the world, including the United States, Europe, Russia, Central and Southeast Asia.