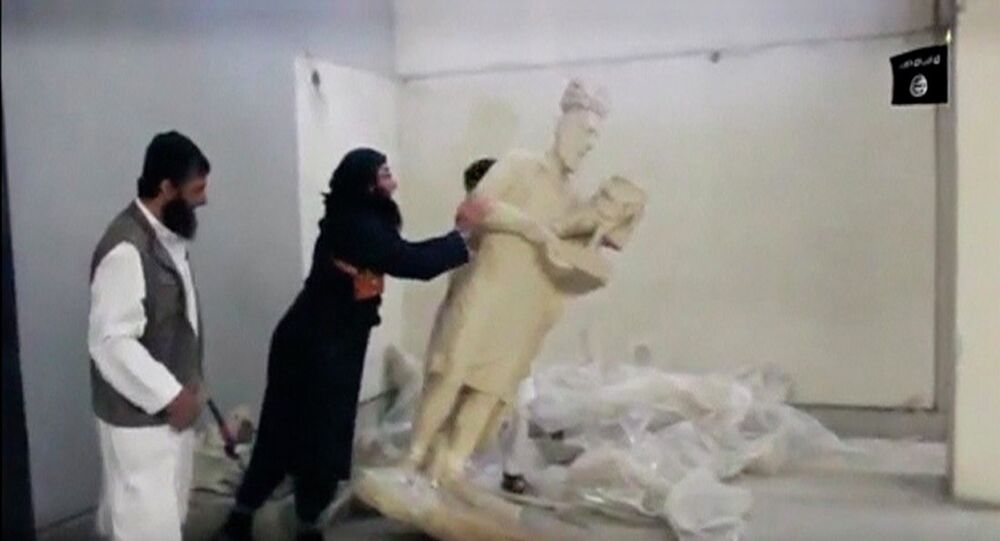 The UN also denounced the abduction of 100 Sunni tribesmen in northwestern Iraq on February 25 and the immolation of 45 Iraqis on February 17.

On Thursday, the Islamic State, also known as the Islamic State of Iraq and the Levant (ISIL), posted online a video showing the group’s members destroying ancient artifacts in the Ninevah Museum in Mosul.

“The members of the Security Council strongly condemned the ongoing barbaric terrorist acts in Iraq by ISIL (Da’esh), including … the deliberate destruction of irreplaceable religious and cultural artifacts housed in the Mosul Museum and burning of thousands of books and rare manuscripts from the Mosul Library,” the Security Council said in a statement.

On February 26 the Director of the UN Educational, Scientific and Cultural Organization (UNESCO) Irina Bokova announced that she was asking for “an emergency meeting of the Security Council on the protection of Iraq's cultural heritage as an integral element for the country's security.”

The UN also denounced in a statement the abduction by the Islamic State of 100 Sunni tribesmen in northwestern Iraq on February 25 and the immolation of 45 Iraqis on February 17.

The Islamic State is an extremist group that has seized large parts of Syria and Iraq, and declared a caliphate there.