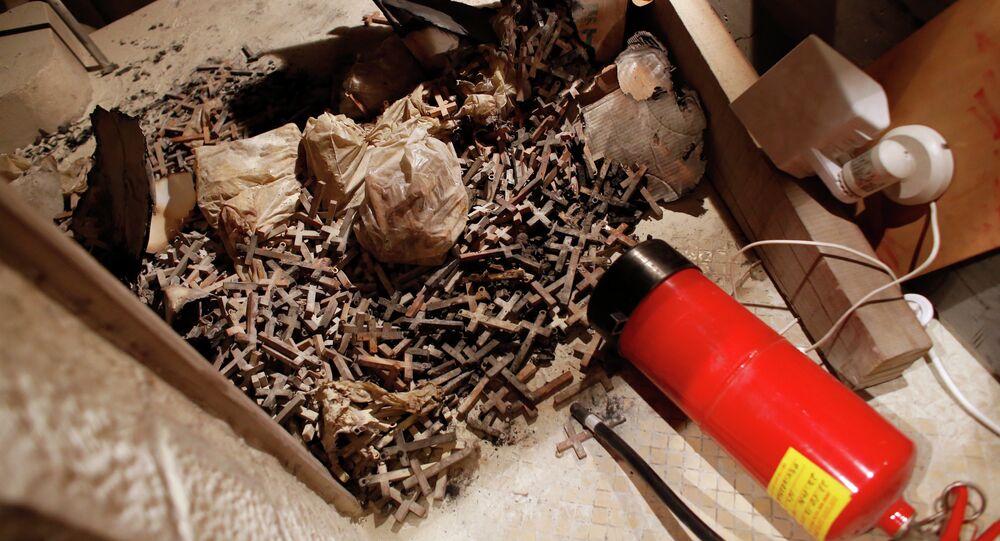 © Flickr / Mr Korn Flakes
Jerusalem Mayor Takes Part in Detention of Palestinian Who Stabbed Israeli
A Greek Orthodox seminary in Jerusalem was damaged by a fire in the early hours of Thursday morning, reports the Jerusalem Post, in what police believe was a deliberate attack.

Officials from the fire service told the local media that the fire had been started from a window, and was accompanied by graffiti, which was spray-painted on the walls of the seminary. The Times of Israel reports that the arsonists wrote "Jesus is a son of a whore" and "Redemption of Zion."

"At approximately 4:30 a.m. two people who were hiding their faces came from the east side of the structure near the cemetery and the Catholic church," Greek Orthodox Archbishop Aristarchos said, describing the incident. "From there, they threw flammable liquid at the seminary's bathroom." The archbishop added that those living at the seminary had previously been issued threats from "religious Jewish people with sidelocks."

© AP Photo / Sebastian Scheiner
Israel Reportedly Arrests 11 Palestinian Teens in West Bank, East Jerusalem
Local media reports that the incident follows other recent attacks on religious minorities in Jerusalem. In December, a man was arrested for vandalizing a wooden cross and statue at  the Abbey of the Dormition, a Benedictine church, and in May of last year, prior to the visit to Israel of Pope Francis, anti-Christian slogans were found painted on several Christian institutions around the city.

On Wednesday it was reported that a mosque in the West Bank village of Al-Jab'a had been subject to an arson attack and anti-Muslim graffiti, on the same day of the anniversary of the attack by Baruch Goldstein  in 1994 on a mosque in Hebron which killed 29 Muslim worshippers. Nobody was hurt in the fire, which was discovered by worshippers arriving for prayers.