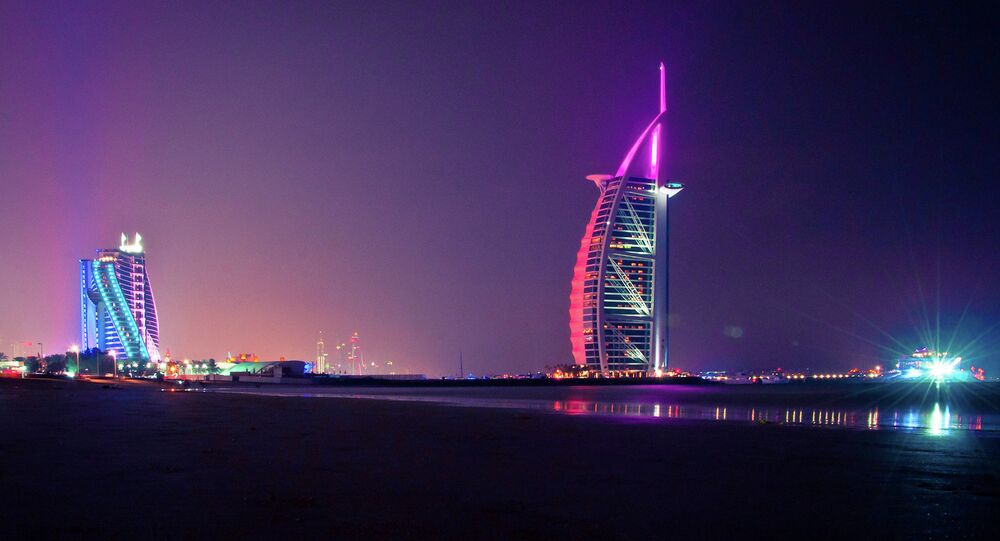 Tensions run high in public restrooms. They’re disgusting. A half-dozen people in close proximity, elbow to elbow, under those glaring, halogen lights. It’s enough to drive you crazy. According to Dubai Police, it’s at least enough to ignite a four-man sword fight.

According to Major-General Khalil Ibrahim Al Mansouri, Assistant Commander-in-Chief of the Dubai Police, a sword and knife fight ensued between four suspects, two Emiratis and two Saudis on Wednesday. All suspects were between 25-29 years of age.

The altercation occurred just outside the bathroom of a Dubai hotel. A security guard notified law enforcement and police rushed to the scene. All four of the men were injured, as you might expect from a four-man duel, but one man suffered severe wounds.

This man was interrogated by police at Rashid Hospital to uncover the cause of the fight.

“One of the suspects’ shoulders brushed with another,” Al Mansouri said. “This led to an exchange of insults, followed by an argument and a fight.”

The interrogation did not reveal why four individuals went to the bathroom while fully armed and prepared for close quarters combat.

Unfortunately, this showdown was not caught on camera, so you’ll have to use your imagination. Maybe you’re picturing a handful of Jedis. Maybe it was more like Uma Thurman’s 1 vs. 500 fight in Kill Bill. Crouching Tiger, Hidden Dragon is always a fan favorite.

Personally, I’d wager it was more like Peter Sellers fighting Cato in the Pink Panther Strikes Again: clumsy, destructive, and most of all, pointless.