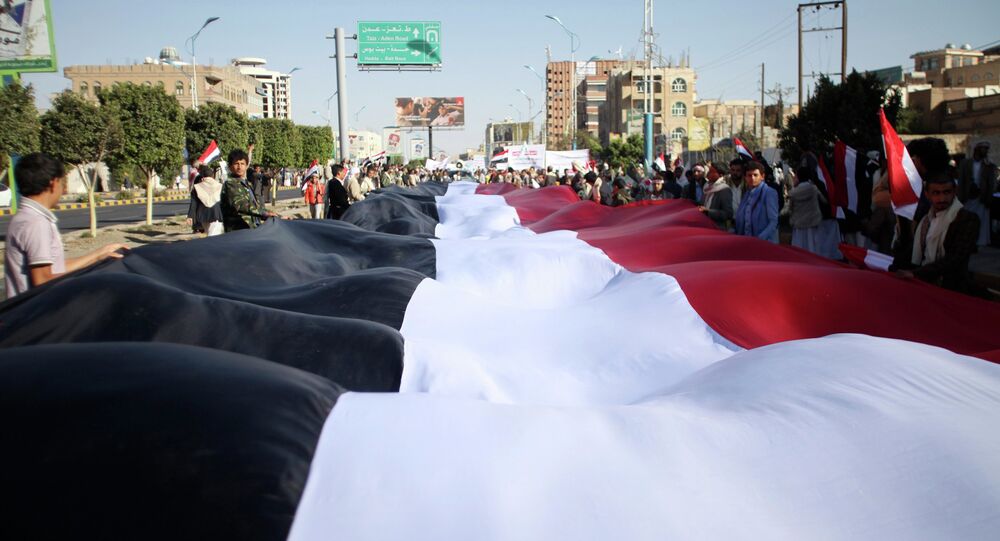 Representatives of Yemen's main opposition group Ansarullah, more commonly known as the Houthis, have met with Russian MPs in Moscow.

During the meeting, the Houthi delegation promised an array of lucrative contracts in exchange for Moscow's recognition of the Ansarullah's authority.

The delegation assured that the Houthis will soon take control of oil-rich Marib Province, which they say will yield billions of dollars per day.

In light of this, the delegation signaled its readiness to invite Russian companies to engage in oil production in the region. Also, the Houthis called for talks with Russia on bilateral cooperation in the agriculture sector, and already have a relevant business plan in the pipeline.

The Moscow meeting came several days after Yemeni President Abdrabbuh Mansour Hadi said that he is withdrawing his resignation and resuming his duties, branding all measures adopted by the Houthis "null and illegitimate."

The security situation in Yemen was shaken after Hadi resigned last month following a takeover by a Shia militia group, the Houthis.

This prompted several countries, including France, Germany, Italy, Britain and Spain, to close their diplomatic missions, withdraw staff and urge their nationals to leave Yemen.

Meanwhile, the Russian side has said that it is proceeding from the principle of non-interference in Yemen's internal affairs.

At the same time, the Russian MPs expressed hope that the Houthi delegation's visit to Moscow "will help launch a national dialogue in Yemen."

Several factions still divide Yemen's territory; the Houthis dominate what was historically North Yemen, which united with formerly communist, Soviet-backed South Yemen in 1990. However, they are ideologically opposed to both America and Israel and are allegedly funded by Iran.