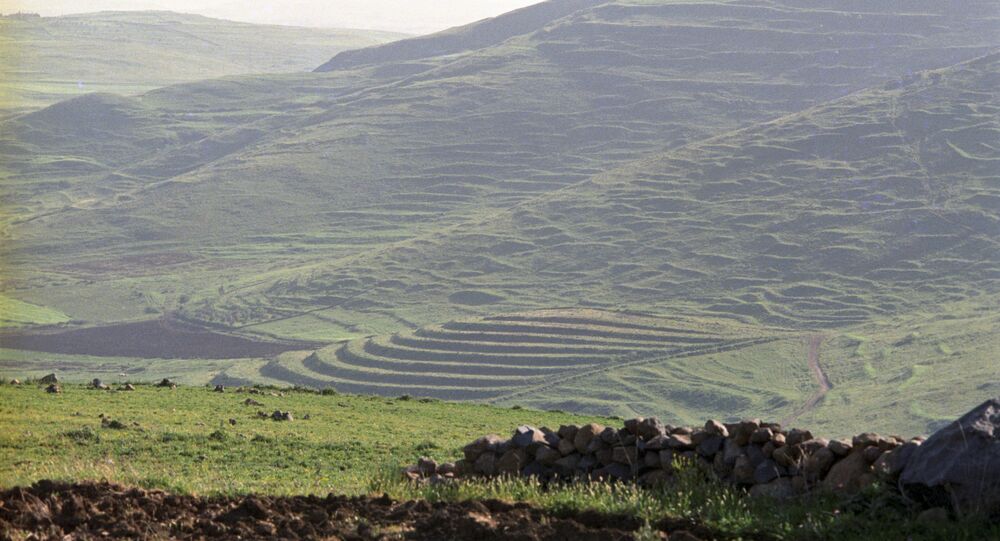 Reports are emerging that up to 200 Assyrian Christians have been abducted by ISIL militants in northwestern Syria.

© AP Photo / File
ISIL Adbucts Dozens of Christian Assyrians in Syria
According to several sources, up to 200 Christians have been kidnapped by ISIL militants in Syria   following ISIL attacks on Assyrian Christian villages surrounding the town of Tal Tamer in the province of Hassakeh in the northeast of the country.

On Tuesday the news website Arab Source said that social media posts reported the number of missing civilians kidnapped by ISIL to be as high as 200, while the Syriac National Council of Syria told Reuters they had verified that at least 150 people had been abducted.

On Tuesday the UK-based Syrian Observatory for Human Rights reported at least 90 Assyrian Christians had been seized by ISIL from the villages of Tal Shamiram and Tal Hermz, located west of the Kurdish-held city of Hassakeh.

The activist group 'A Demand For Action', which supports the protection of Assyrians and other minorities in Iraq and Syria, reported that between 70 and 100 had been abducted, and around 3,000 residents had fled from the attacks to neighboring cities of Hassakeh and Qamishli. Most of Hassekeh province is divided between ISIL and Kurdish control.

© AP Photo / Photo via militant website
Discrimination Poses Bigger Problem for Iraqi Christians Than ISIL Threat
Local sources told the Syrian Arab News Agency that ISIL burned dozens of houses as well as the ancient church of Tal Hermez, considered to be one of the oldest churches in Syria, in their attack on the area. Arab Source reports that following the ISIL raid on the villages, the predominately Kurdish “People’s Protection Units” [YPG] joined efforts to repel the attack.

Prior to the civil war which began in Syria four years ago, around ten percent of Syria's prior population of 22 million were believed to be Christians. There are estimated to be around 40,000 Assyrian Christians living in Syria; they live mostly in Hassakeh province.

Evacuation of Turkish Tomb Guards From Syria Qualifies as Invasion